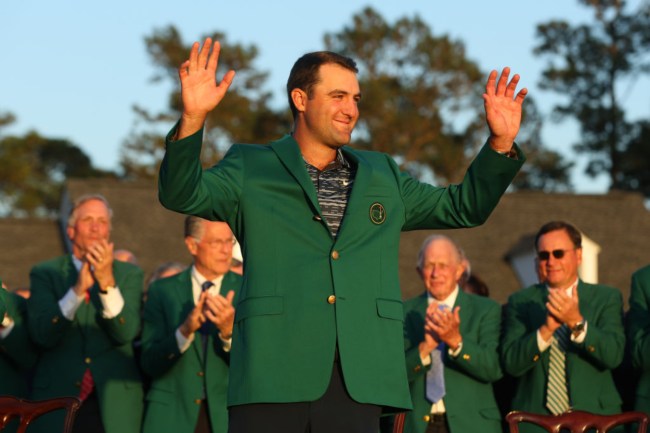 Given the fact that Scottie Scheffler began Masters Sunday with a three-shot lead over Cameron Smith, before winning the tournament by that same margin, one might assume the TV ratings for the final round wouldn’t be all that great.

That wasn’t the case at all. In fact, 2022 Masters Sunday saw an uptick in its ratings compared to years past.

An average of 10.173 million viewers, a seven percent uptick from last year according to Golfweek, tuned into this past Sunday’s action at Augusta National. The highest number of viewers, 13.16 million, tuned in between 6:45 and 7:00 p.m. EST to see Scheffler finish off his win on the 72nd hole.

Phil Mickelson coming out of nowhere to win the 2021 PGA Championship was watched by 6.583 million viewers. The fact that Sunday’s final round at Augusta National drew over 3 million more viewers, on average than Mickelson’s surprise win really puts into perspective how many people make the Masters appointment viewing.