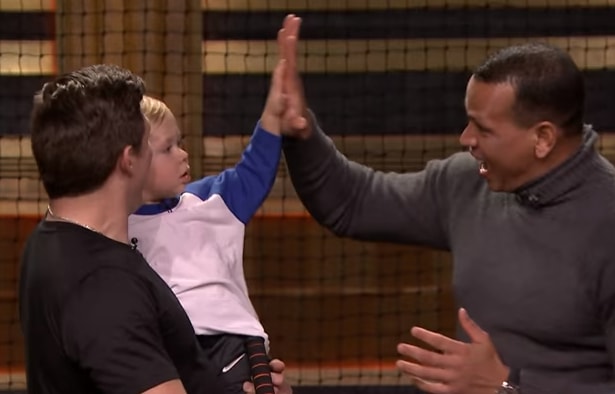 Asher Willig rakes. He’s not supposed to be such a talented hitter because he’s only 22-months-old. Many toddlers don’t even start walking until 16-17 months. This toddler went viral last week after his dad Corey Willig posted an Instagram video of young Asher putting on a hitting extravaganza at a batting cage.

Now the young hitter takes center stage and takes on another prolific hitter in Alex Rodriquez. The two bashers appeared on The Tonight Show with Jimmy Fallon for a friendly hitting contest. The rules for the hitting contest would be that A-Rod would have to hit lefty like Asher does and he would have to use a tiny bat like the youngster. The 22-month-old heavy-hitter not only held his own against the 14-time MLB All-Star, but edged out A-Rod in the soft-toss hitting contest. Asher got a hit on his last pitch to give him a 9-8 victory over the 3-time MVP.