Alvin Kamara, Ted Ginn Jr. Marquise Goodwin And Other NFL Players To Go Head-To-Head In $1 Million 40-Yard Dash Contest To Determine ‘Who Is The Fastest Man In Pro Football’ 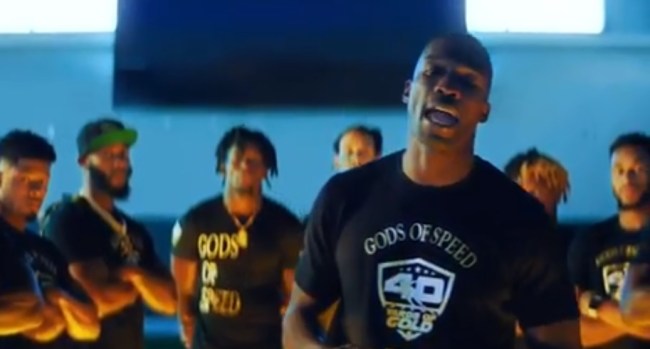 Who is the fastest man in the NFL? The answer to that question is pretty hard to quantify but thankfully this weekend’s “40 Yards of Gold” contest will help clarify the debate.

On Saturday, June 29th Retired wide receiver Chad Johnson will be hosting the $1 Million 40 yard dash contest that will feature some of the biggest names in football.

Who is the FASTEST PRO FOOTBALL PLAYER on the planet? On June 29 watch the newest super-event ⁦@40YardsofGold⁩ — a single elimination tournament of 40 yard races featuring 24 football superstars, hosted by ⁦@ochocinco⁩ !! pic.twitter.com/YGwqHc1MCV

The tournament will be split between players on offense and defense facing off against each other and the winner of each side will meet in the finals for the coveted $1 million grand prize.

Here are the odds for the event.

The “40 Yards of Gold” tournament is taking place in June 29 at the BB&T Center in Sunrise, Fla. and the event will be broadcast on pay-per-view for $39.95 on Fite TV

🏈Football is right around the corner and that means you NEED to tune into @40YardsofGold this WEEKEND!

Join #FITETV for this historical event , see these speed phenoms run! In the finals, it will be Offense VS Defense!

Live from the BB&T Center.