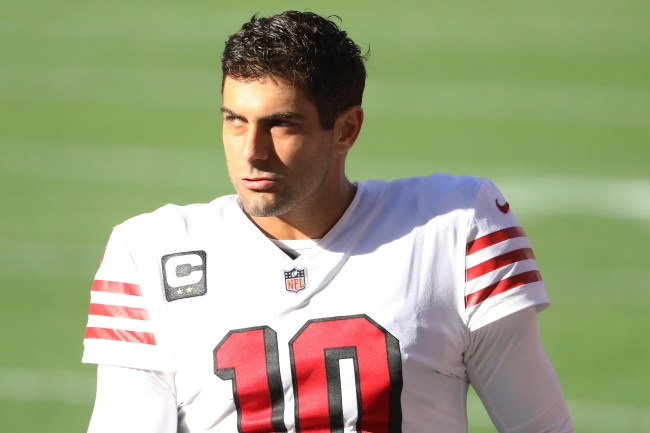 It seems like the Jimmy Garoppolo era in San Francisco is coming to an end.

According to ESPN’s Chris Mortensen, “most league insiders believe” the San Francisco 49ers will move on from Garoppolo “if there is a better option” to chose from this offseason.

Most of the people around the league believe that the #49ers are done with QB Jimmy Garoppolo [OUT for Week 17], according to @mortreport

San Francisco made Garoppolo the highest paid QB in league history after he made only 7 career starts in 2018. Already seems to be over. pic.twitter.com/YbPWLwfZj1

“Garoppolo’s injuries certainly complicate the picture. Most league insiders believe if there’s a better option, the 49ers will have somebody other than Garoppolo at the start of next season,”

Considering the QB talent that will be available and Garoppolo’s contract it seems like a no-brainer that the 49ers will part ways with the QB.

Garoppolo has a 22-8 record as a starter for the Niners and helped lead the team to a Super Bowl but has dealt with a number of injuries during that time which has derailed his career. It’ll be interesting to see what options the 49ers have and which team is willing to take a chance on Jimmy G.