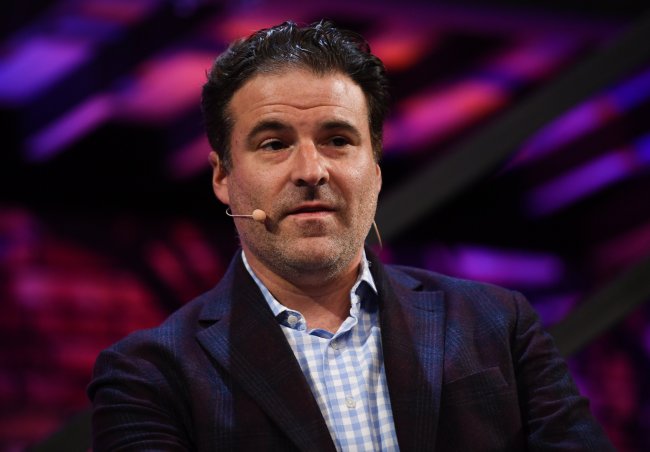 Just like everyone on election day 538 political prognosticator Nate Silver is a bit on edge.

On Tuesday morning the Action Network’s Darren Rovell tweeted out the final Five Thirty-Eight forecast for both the 2016 election and the 2020 election and pointed out how “they were wrong” four years ago. 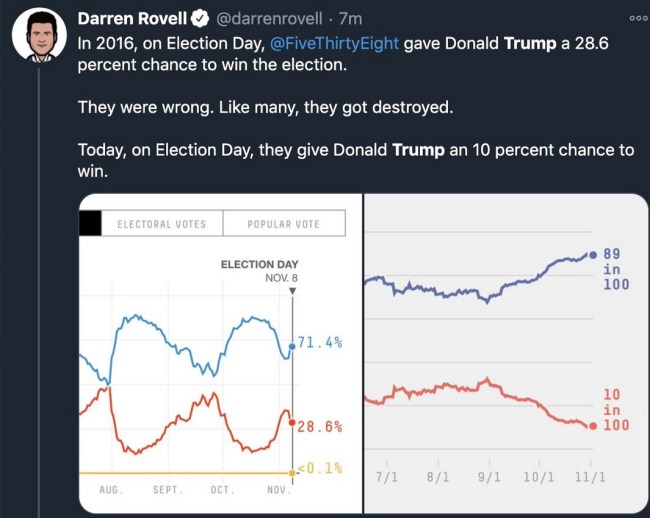 Silver took offense to Rovell’s tweet and immediately fired back.

Darren, as someone who covers betting markets for a living, you have to be pretty fucking stupid to criticize a forecast than was very long on Trump relative to markets.

Darren went on to delete his tweet and claimed he wasn’t criticizing 538’s prediction model but Silver wasn’t having it.

I *am* criticizing, conversely. It was a disqualifyingly stupid tweet. Have a good day.

The Internet was happy to see Rovell get dunked on by Silver.

I actually DID have “Rovell getting called fucking stupid by Nate Silver on Election Day” on my 2020 bingo card. https://t.co/RberVlrCMB

Who had “Darren Rovell getting dunked on by statistician and pollster” today? https://t.co/Ly9KuNJmdP

Not even high noon and Rovell is getting stuffed in a locker. Today might be alright after all https://t.co/EbPLmYO1ni