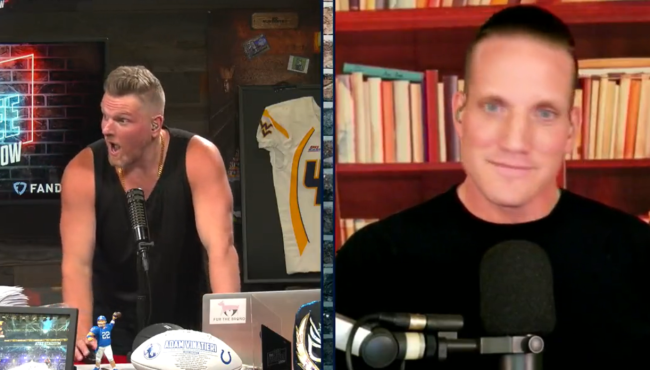 You never know will happen on The Pat McAfee Show and that goes double when someone calls in to the show and is live on the air.

Triple that if the person calling in to the show is a kid.

That particular cauldron of unpredictability boiled over this week when a kid named Owen called in to talk to Pat and the gang.

It all began when McAfee went to the phone lines for what he believed was a call from someone named Dan in Connecticut.

Dan, however, never made it on to the line. Instead, Owen responded, asking, “What’s up, Pat McAfee?”

“Dan, you are too young to listen to this show,” McAfee quickly replied. “I can tell… I think… how old…”

“Owen, how old are you?” Pat then asked.

“I am eight and a half,” Owen replied back.

“If you’re telling us your half age, you’re too young,” show contributor Tone Digs chimed in.

“What do you want to talk about, Owen?” McAfee then asked.

The Pat McAfee Show crew then humbly thanked Owen for his kind words, but were quickly interrupted by Owen adding, “Oh, and also, f—k Boston, Connor!”

It was at that point that everyone in the room completely lost it. 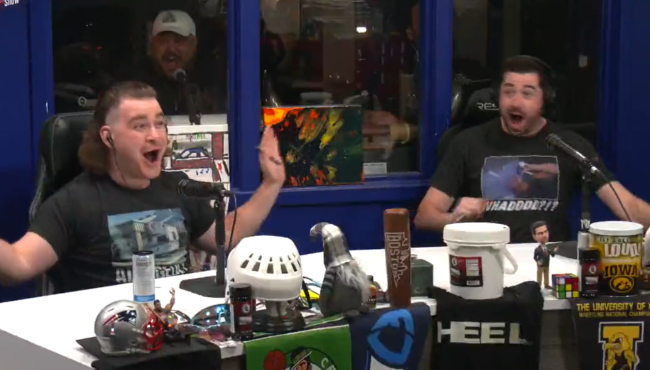 “I want to let Owen know, if you’re still listening, Owen, you’re inspiring!” said McAfee when things had calmed down.

“Owen, the way YOU talk about sports is inspiring! I didn’t know eight and a half could do that. Shout out, Owen!”

YOU CAN'T BE WATCHING THIS SHOW OWEN

“That was awesome,” McAfee concluded.

Many people on the internet agreed.

Owen from the top rope!!!

What the people want, the people get. This young King spoke words of uplifting wisdom on the @PatMcAfeeShow while then completely owning @BostonConnr in a surprising turn of events. It was glorious. For this, we crown this young King. Welcome to King Mountain Owen @Denverdan3. pic.twitter.com/N4jm83pGDN