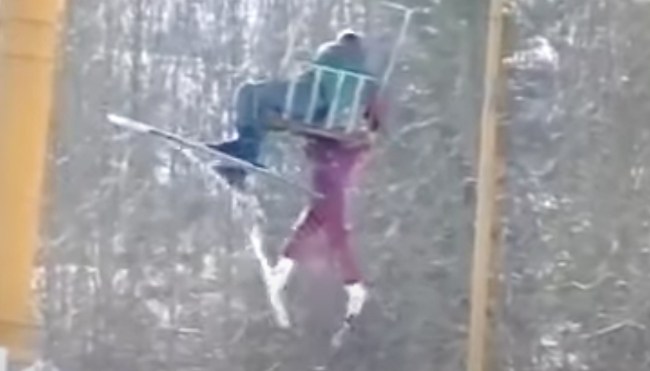 One of the best moments to come out of the 2018 Winter Olympics was gifted to the world courtesy of Elizabeth Swaney, an American who somehow managed to earn a spot on the ski team representing Hungary in South Korea despite not possessing any of the skills normally required to compete on that particular stage.

The same cannot be said about the athletes who took part in a FIS Ski Jumping World Cup competition I somehow stumbled upon after falling down a YouTube rabbit hole, but thanks to the person who was kind enough to throw together a lowlight reel from the competition, I’m willing to bet you’ll be able to derive just as much (if not more) amount of entertainment from a video you owe it to yourself to watch.

Despite my best efforts, I wasn’t able to identify the exact date or location of the contest that was broadcast on a German television station at some point in the 1990s.

With that said, I do know it’s one of the funniest things I’ve come across on the internet in recent memory, as it includes a competitor flipping off the crowd after landing a jump, a person dangling helplessly from a ski lift, a guy trying to put a hat on a drunk dude who ends up faceplanting onto the ground, and a jumper doing the same after lifting off—all in the span of 90 seconds.

Say what you will about the internet, but at least it provides us with gems like this.