911 Call Made After Hearing ‘Shoot! I Dare You To Shoot!’ Ends Up Being Guys Watching The NHL Playoffs 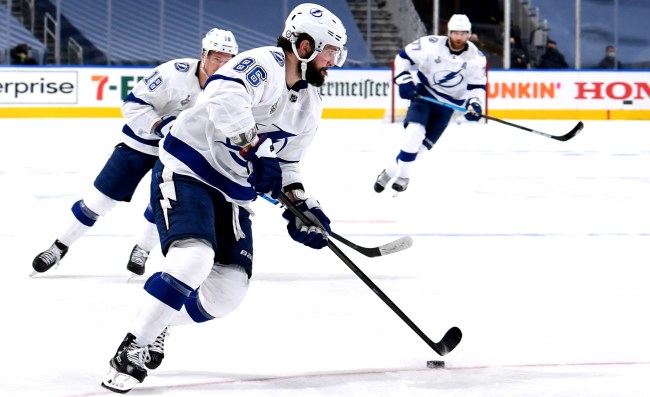 What would your first thought be if you heard your neighbors yelling, “Shoot! Shoot!” and “I dare you to shoot!”?

If you are a neighbor of Mr. Devon Garnett at Garnett’s Radius Palms apartment in Tampa, Florida apparently what you would do is call the police.

Which, by the way, is not a completely unreasonable response.

Once several Hillsborough County Sheriff’s deputies showed up at Garnett’s door, what they discovered was not even the least bit threatening, unless you happen to be a fan of the Dallas Stars, that is.

Because what Mr. Garnett’s neighbor actually heard was him and two of his friends shouting at the TV during the Tampa Bay Lightning game versus the Stars in the NHL Stanley Cup playoffs.

According to the Tampa Bay Times…

Sheriff’s office spokesperson Natalia Verdina confirmed Thursday morning that deputies were dispatched to the complex at 8:24 p.m. Wednesday. The caller said they heard someone yelling loudly in the apartment above.

In a sheriff’s office dispatch report released late Thursday afternoon, the complainant told police he heard a couple screaming at each other, with one yelling, “I dare you to shoot!”

“Four deputies responded and discovered there were no domestic problems at the apartment in question,” Verdina said in an e-mail. “It was a roommate screaming at the TV in regards to a Lightning game.”

Luckily for him and his buddies, the cops had a sense of humor about the misunderstanding.

“(The police) completely understood and just laughed it off,” said Garnett. “But they thought it was serious because I was screaming ‘Shoot!’ as in ‘Shoot the puck.’”

And yes, the Hillsborough County Sheriff’s Office is the same police department that recently had to investigate a stalker who broke into WWE star Sonya Deville’s house, and, oh yeah, where the investigation into Carole Baskin’s missing husband is taking place.

Also, for what it’s worth, Garnett and his buddies’ cheering must have worked as the Lightning won 5-2 and took a two game to one lead in the series.