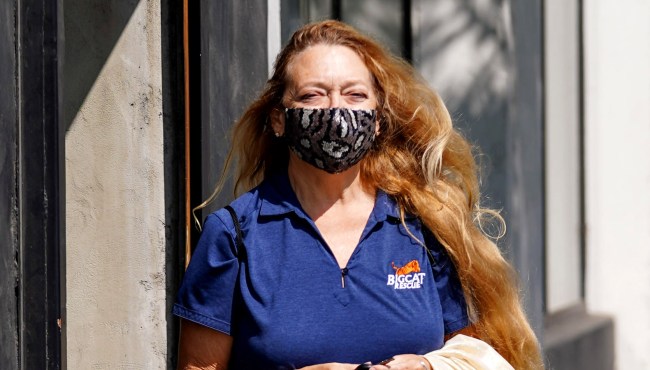 Not since Hillsborough County Sheriff Chad Chronister put out the call for tips related to Carole Baskin’s missing husband Don Lewis has there been this much activity when it comes to getting new tips and leads in the case.

At least that is what the lawyer who represents Don Lewis’ family claims.

Thanks to the commercial the family ran during Baskin’s first appearance on Dancing With The Stars, attorney John M. Phillips (who also appears in the ad) says they have received “well over 100” phone calls.

“…and we’ve gotten legitimate tips,” Phillips tells USA Today. “Some of them are (just) ‘I watched Tiger King, and I think Carole Baskin did it’ – kind of wasteful. But then there’s some pretty specific tips and locations mentioned that we’re gonna check out.”

“The problem with this case over the last 23 years is not enough people have provided information. And now we almost have the opposite problem – that we have too much information.”

Related: Carole Baskin’s Boyfriend After Her Husband Disappeared Also Filed For A Chilling Restraining Order Against Her

He also credited a private Facebook group, Don Lewis Cold Case Files, with being a big help in finding and sorting through documents and investigating tips.

Phillips is also representing Don Lewis’ family in a defamation lawsuit filed this week against Baskin over comments she made during and after her appearance on Dancing With The Stars.

Baskin, for her part, told USA Today, “Nothing would please me more than for Don to finally be found, as it would certainly prove my innocence.”