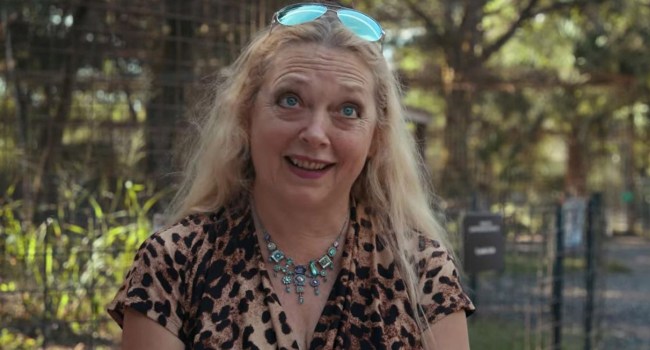 Over the years, there have been a number of twists that managed to blow the minds of viewers that never saw them coming, like when it was revealed Darth Vader was actually Luke Skywalker’s father, Tyler Durden was actually just a much more attractive alter ego of Ed Norton in Fight Club, and the guy in The Sixth Sense was Bruce Willis the entire time.

The internet has made it virtually impossible to avoid spoilers unless you attend a midnight showing on the day a movie comes out, tune in to every episode of a show when it airs, or binge-watch a series in its entirety as soon as it hits Netflix. Thankfully, I was able to go into Tiger King fairly blind after it became an overnight sensation back in March and I could not be happier that I did.

Tiger King is filled with more twists and turns than a string of Christmas lights that you wrapped into a perfect circle at the end of December but has somehow become impossibly tangled when you unpack them despite not being touched for a year. However, nothing—and I mean nothing—made me gasp harder than the revelation that everyone’s favorite Crazy Cat Lady Carole Baskin may or may not had murdered her husband Don Lewis and then fed him to some tigers.

While the docuseries may have ended with Joe Exotic ending up in prison for trying to have Baskin killed, plenty of people (including O.J. Simpson in one of the least self-aware moments in history) called for police to take a closer look at his nemesis, as Lewis had expressed concern for his safety before mysteriously disappearing in 1997.

Why would Baskin want him killed in the first place? Well, it may have had something to do with the $5 million in assets she was incredibly eager to collect, the majority of which she obtained following a legal battle with his children after he was declared dead in 2002.

We were treated to yet another interesting twist last month when two handwriting experts said they believe the signature on the will in question was obviously forged but it turns out the revelation was actually old news based on a recent interview with the law enforcement officer overseeing the case.

Hillsborough County Sheriff Chad Chronister spoke with TMZ shortly after Tiger King became all the rage and shed some light on the investigation, saying he views Baskin as a likely suspect but also doesn’t believe she acted alone.

On Tuesday, Chronister chatted with WTSP to address the handwriting discovery and said his department was aware of the fraud before it was widely reported but discovered it too late to take any legal action against Baskin, as the statute of limitation had already expired.

Chronister seems to still think Baskin is a possible culprit and said officers have begun to pursue a number of new leads since Tiger King came out and are now privy to information they hadn’t know about before thanks to interviews with people familiar with Lewis and his disappearance.

I don’t know if we’re ever going to get Tiger Queen but words cannot describe how much I want it in my life.