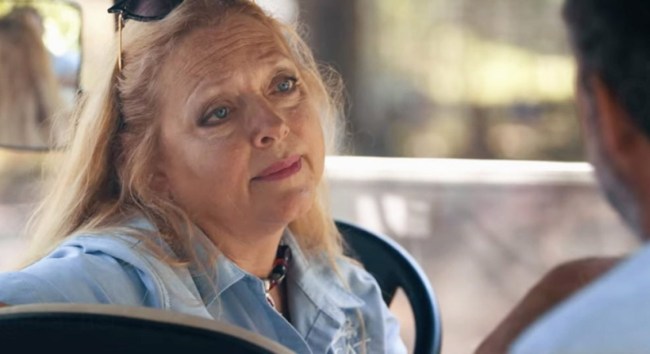 While the Tiger King: Murder, Mayhem and Madness “bonus” episode was certainly a major letdown to many viewers, the real postscript to the show is still ongoing as Hillsborough County Sheriff Chad Chronister is still hard at it in his reinvestigation of the mysterious death of Carole Baskin’s second husband Don Lewis.

After being inspired to reopen the case following the massive popularity of Tiger King and with numerous tips and potential new evidence and testimonies coming to light, Chronister has been very busy sorting through it all as he tries to find some closure in the case.

On Monday, Chronister spoke with TMZ about the case and how it is progressing since being reignited by the insanely popular Netflix documentary series.

According to Chronister, one person alone could not have committed the alleged murder of Don Lewis. He also added that someone must have helped in Lewis’ disappearance and that someone got paid for it.

“I’m extremely suspicious, but not just of her,” said Chronister. “Of this whole circle here. Extremely suspicious. Like I said, I don’t want to allude to the fact or insinuate that she’s our person of interest in this and this is who we’re focusing on. I’m not comfortable saying that yet.”

He continued, “And you start talking about different things with immunity, you know, deals are cut, and listen, every deal’s on the table right now. Help us solve this case.”

Don Lewis’ granddaughter Tiffany will be very happy to hear all of this.

More Tiger King!
• No Masters, No Problem: Instead, Please Enjoy This Inspiring AF Tiger Woods-Tiger King Mashup
• Former ‘Joe Exotic TV’ Producer Rick Kirkham Reveals Things Were ‘A Hell Of A Lot Worse Than What You Saw’
• ‘Tiger King’ Joe Exotic Had A FIFTH ‘Husband’ Who Didn’t Appear On The Show That’s A Murderer And Pedophile
• David Spade On Why He Couldn’t Play Joe Exotic, Even Though The ‘Tiger King’ Star Wants Him (Or Brad Pitt) To Do So
• Local TV News Reports About Joe Exotic And Carole Baskin From 2017 To 2019 Are Like A Wormhole Filled With Crack
• Power Ranking The 8 Worst People To Appear In The Netflix Documentary ‘Tiger King’
• Legendary Wrestling Announcer Jim Ross Had One Of The Best Takes On Fellow Oklahoman Joe Exotic
• Donald Trump Jr. Gets Hilariously Mocked For Comparing His Dad To Convicted Felon Joe Exotic
• Granddaughter Of Carole Baskin’s Missing Husband Posts TikTok Thanking Joe Exotic For Trying To Kill Her
• Sheriff Says He’s Getting 6 Tips A Day About Carole Baskin’s Missing Husband, Says She Refused A Polygraph
• Carole Baskin’s Boyfriend After Her Husband Disappeared Also Filed For A Chilling Restraining Order Against Her
• Shaq Denies Being Friends With Joe Exotic, Facetimed Jeff Lowe Following The Release Of ‘Tiger King’
• ‘Tiger King’ Inspires Cops To Take Another Look Into The Disappearance Of Carole Baskin’s Husband
• Kate McKinnon Set To Play Carole Baskin In New Series Based On Story From Netflix Documentary ‘Tiger King’