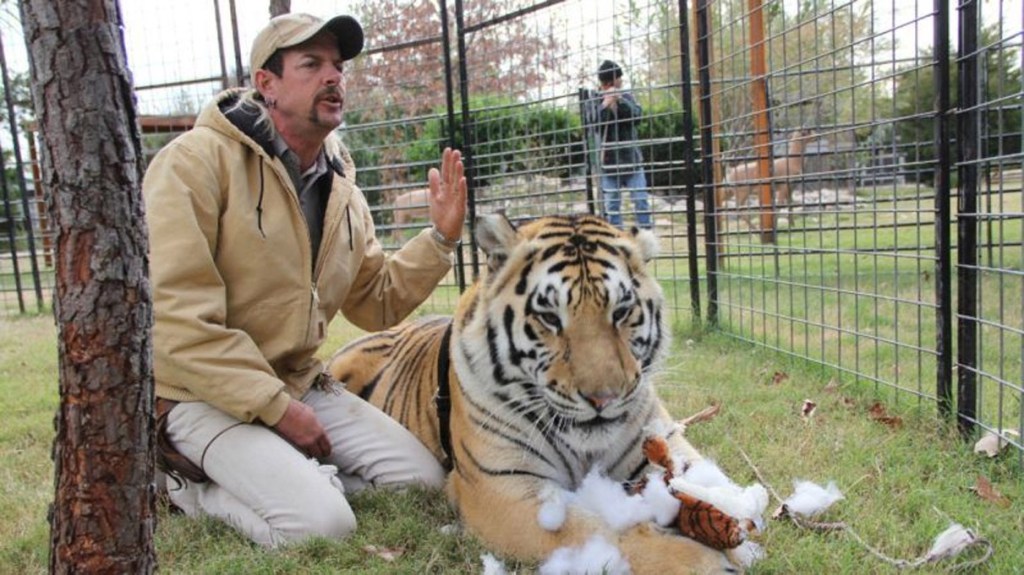 For anyone out there having a normal day let’s just press the ‘pause’ button on that for a moment and check out some weird Tiger King news. Joe Exotic (real name Joseph Allen Maldonado-Passage) published the handwritten letter he recently sent to former Pittsburgh Steelers quarterback Ben Roethlisberger.

In the letter, Joe Exotic begs Ben Roethlisberger for a favor but not before ranting about Carole Baskin, Congress, Freedom, Prison, and other things. The handwritten letter looks like it was written in pen which checks out since Joe Exotic is still in prison and wouldn’t be able to have access to pencils.

I’d be lying if I said I have been thinking of either Joe Exotic or Ben Roethlisberger at all lately. I never got around to watching Season 2 of Tiger King. But it’s pretty surreal to see the paths of these two public figures crossing online.

Not sure if you have heard of me or not. It's Joe Exotic, the Tiger King. As you know, the United States of America has kidnapped me so Carole Baskin and PeTA could try to pass the Big Cat Safety Act because I'm the only one that could educate Congress… pic.twitter.com/nSp33ioIbU

If that tweet is too small to read, here’s what it says…

“Hey Ben, not sure if you have heard of me or not. It’s Joe Exotic the Tiger King. As you know the United States of America has kidnapped me so Carole Baskin and PETA could try to pass the Big Cat Safety Act because I’m the only one that could educate Congress why this law should never pass. Anyway they got my a** in prison for now and I need a favor from you, please sir.”

“I have this amazing stepson named Johnny Graham and I promised him an autographed jersey by you because he thinks you are the s–t and he holds you on a pretty big pedestal. There is one on eBay but I don’t have the $600.00 to buy it for his birthday. My fans helped get everything else he wanted I’m just missing your jersey.”

“Can you help a man out that is fighting for his own freedom? Every kid needs a hero and you are his!”

“If so, just private message me and my people will go from there.”

“With all the respect, Joe Exotic.”

What a truly bizarre chapter in history the Tiger King saga has been. That’s all I’ll say about that.