‘Tiger King 2’ To Premiere This Year; Here’s What’s Happened To Everyone Since The Last Episode 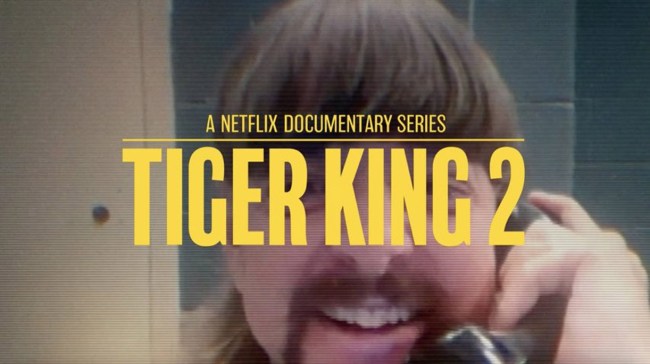 A LOT has changed in the wild world that was featured in the hit Netflix documentary series Tiger King: Murder, Mayhem and Madness. But soon, we will all get to find out what everyone has been up to as Netflix, after a bit of a false flag back in August, officially revealed that Tiger King 2 will premiere sometime before the end of 2021.

Since the docuseries took the world by storm in 2020, the main character, Joe Exotic (real name is Joseph Maldonado-Passage), has been convicted of numerous crimes and has been desperately living in prison, serving a 22 year sentence.

Jeff Lowe and his wife Lauren, who took over the zoo featured in the series, had their license suspended after being sued by the Department of Justice for violating the Animal Welfare Act, then lost the property to the show’s main protagonist Carole Baskin due to a lawsuit she won against Exotic, who proceeded to shut the park down.

Baskin, who continues to run Big Cat Rescue (where a tiger almost ripped a volunteer’s arm off in December), appeared on Dancing With The Stars, all while still being publicly accused of having her missing husband Don Lewis killed. (She was eliminated from the competition after week three.)

Unfortunately for all you cool cats and kittens, Baskin will not be returning for a second season.

Zookeeper Erik Cowie got a brand new set of teeth, then was found dead in an apartment in Brooklyn on September 3.

Dillon Passage, Joe Exotic’s supposed fifth husband, got a divorce, a brand new boyfriend, and, based on his Instagram, has truly been living his best life.

John Finlay, another one of Joe Exotic’s supposed husbands, revealed that he isn’t really gay and even got a female employee at Exotic’s zoo pregnant. He is now married to a woman named Stormey Sanders. Finlay also got a new set of teeth.

John Reinke, Joshua Dial (who witnessed the suicide by gun of another one of Joe’s husbands, Travis Maldonado), Kelsi “Saff” Saffery, and Barbara Fisher have been traveling the country with a show called “Uncaged: The Untold Stories from the Cast of Tiger King.”

Doc Antle recently felt the wrath of PETA, not for anything he did on the show, like polygamy, but for allowing Chris Brown’s daughter Royalty to ride one of his elephants. He was also indicted in Virginia for animal cruelty and felony wildlife trafficking in October of 2020.

Tim Stark, another big cat zoo owner featured in the docuseries, had his license revoked and his animals taken away for also violating the Animal Welfare Act.