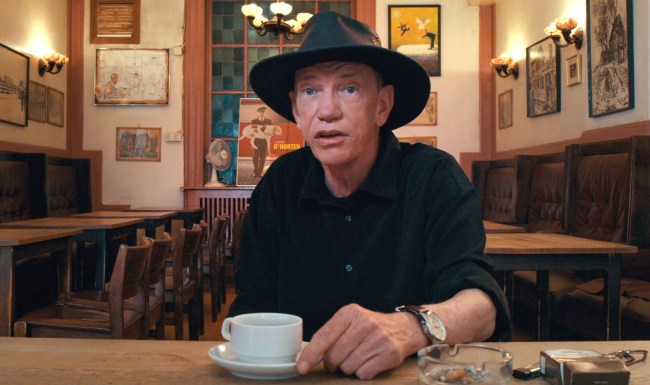 If you thought the people who worked at the GW Zoo with Joe Exotic and Jeff Lowe in the hit Netflix docuseries Tiger King: Murder, Mayhem and Madness did some horrible things, both to the animals in the zoo as well as to each other, former Joe Exotic TV producer Robert Kirkham says what we didn’t see was much, much worse.

During a recent interview with David Spade – who Joe Exotic wants to play him in a movie or TV show – Kirkham, who was a key character through much of the first half of the series spilled the tea on some of the “evil” things that were taking place.

“You kind of had a little bit of a heart for the guy, but you really didn’t realize or get to see how evil he really could be,” Kirkham told Spade. “Not only to animals, but to people.”

One of the examples of this that Kirkham claims occurred involved him allegedly capturing footage of Joe killing animals for fun.

“He had, in the course of my year, he had walked up to a tiger he didn’t like and just shot it in the head,” said Kirkham.

Related: ‘Tiger King’ Joe Exotic Had A FIFTH ‘Husband’ Who Didn’t Appear On The Show That’s A Murderer And Pedophile

Another tale Kirkham shared involved a woman bringing her old, sick horse to the GW Zoo so it could live out its final days grazing on the property.

“‘Joe, could you take care of my horse? I can no longer care for him and you have a lot of space,'” Kirkham recalled her saying.”And he hugged her and ‘Oh yeah hun, it’ll be fine. You leave the trailer, we’ll bring the trailer back tomorrow, we’ll put him out in the pasture and give him a good place.'”

As soon as she left, Kirkham says Joe told him to grab his camera and “he walks up to the horse trailer and pulls his revolver out, shoots the horse in the head dead, and laughs, just laughs. And of course he fed that horse to the lions.”

Kirkham also discussed the fire that killed several alligators and burned all of the footage he had shot – a fire which some at the zoo accused him of starting after viewing surveillance footage.

“Two days before the fire, Joe and I got into a very bad argument about the fact that I owned the rights to the reality show. I basically owned Joe Exotic,” Kirkham told Spade. “He was not happy and he made a quick turn and ran out of town for a few days, supposedly for a funeral. But he locked the door on the studio and he changed the locks so I couldn’t get in without having the park manager come in and let me in the next morning. Two days after that the studio burned to the ground, and it burned so badly, I had backup hard drives with all the footage but it was in a safe, but it melted the safe. The fire was that hot.”

Related: Doc Antle Of ‘Tiger King’ Fame Talks About His Time Working With Britney Spears: ‘Such A Darling’

“Trust me, it was a hell of a lot worse than what you saw in the documentary,” said Kirkham. “They didn’t have enough time of footage to be able to show you how bad it was.”

More Tiger King!
• David Spade On Why He Couldn’t Play Joe Exotic, Even Though The ‘Tiger King’ Star Wants Him (Or Brad Pitt) To Do So
• Local TV News Reports About Joe Exotic And Carole Baskin From 2017 To 2019 Are Like A Wormhole Filled With Crack
• Power Ranking The 8 Worst People To Appear In The Netflix Documentary ‘Tiger King’
• Legendary Wrestling Announcer Jim Ross Had One Of The Best Takes On Fellow Oklahoman Joe Exotic
• Donald Trump Jr. Gets Hilariously Mocked For Comparing His Dad To Convicted Felon Joe Exotic
• Granddaughter Of Carole Baskin’s Missing Husband Posts TikTok Thanking Joe Exotic For Trying To Kill Her
• Sheriff Says He’s Getting 6 Tips A Day About Carole Baskin’s Missing Husband, Says She Refused A Polygraph
• Carole Baskin’s Boyfriend After Her Husband Disappeared Also Filed For A Chilling Restraining Order Against Her
• Shaq Denies Being Friends With Joe Exotic, Facetimed Jeff Lowe Following The Release Of ‘Tiger King’
• ‘Tiger King’ Inspires Cops To Take Another Look Into The Disappearance Of Carole Baskin’s Husband
• Kate McKinnon Set To Play Carole Baskin In New Series Based On Story From Netflix Documentary ‘Tiger King’