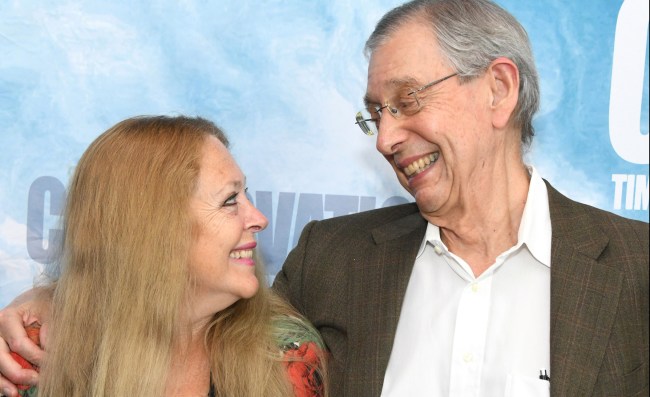 The much anticipated sequel to the hit Netflix documentary series Tiger King hasn’t even aired yet and it’s already sparking controversy.

Tiger King 2 will premiere on Netflix on Nov. 17 and as evidenced by the trailer for the new season, one of the show’s biggest stars, Carole Baskin, will once again play a prominent role.

The interesting thing about that is that Baskin is appearing in Tiger King 2 despite the fact that she didn’t actually participate. In fact, Baskin told Radio Times in February that she spoke to one of the directors, Rebecca Chalkin, and told her she had no interest whatsoever.

“It was just a few weeks ago that Rebecca Chaiklin had reached out asking if we could clear the air,” said Baskin. “I have been speaking about how we had been so misled into thinking this was going to be the Blackfish for big cats and then it turned out to be the freak show that they produced.

“So when she said she wanted to clear the air, I felt like, you know, that’s just absolutely ridiculous. It was so obvious that I had been betrayed by them. Why would she ever think that I would be willing to speak to them again. And so I told her to just lose my number.”

Chalkin may have lost Baskin’s number, but that didn’t stop her and co-director Eric Goode from including her in season 2 of Tiger King.

Related: ‘Tiger King 2’ To Premiere This Year; Here’s What’s Happened To Everyone Since The Last Episode

As a result, Carole Baskin filed a lawsuit in federal court in Florida on Monday in an attempt to put a stop to the airing of Tiger King 2 with footage of her, her husband Howard, and Big Cat Rescue in it.

“Defendants’ unauthorized use of the film footage of the Baskins and Big Cat Rescue secured by Royal Goode Productions under the Appearance Releases will cause the Baskins irreparable injury for which the Baskins have no adequate remedy at law,” read the lawsuit.

The suit also claims “the Appearance Releases limited Royal Goode Productions’ right to use film footage of the Baskins to ‘a documentary motion picture.’ Throughout the Appearance Releases there is only reference to and mention of ‘the Picture.’ No mention is made of granting Royal Goode Production sequel rights, rights to create derivative works from ‘the Picture’ or additional seasons or episodes.

The lawsuit also states, “Tiger King 1 was particularly harsh and unfair in its depiction of the Baskins and Big Cat Rescue. The Tiger King 1 series wrongly attempted to suggest that Big Cat Rescue abused its animals by keeping them in very small cages while not making clear that the animals actually reside in expansive enclosures.”

Howard added, “We made it very clear to Goode and Chaiklin that we had no desire or intent to be involved in TK2. When Netflix released its Official Tiger King 2 Trailer last week, we were shocked to see that we were going to be a central theme of the sequel and they were using the film footage again without our permission.

“While we cannot stop Netflix and Royal Goode Productions from producing low-brow, salacious and sensational programing, we do believe that we have the right to control footage filmed of us under false pretenses. We like to believe that most Americans will agree that we should be entitled to protect our reputations in this manner and hold entertainment giants to their word.”

Apparently, “most Americans” doesn’t include Judge Virginia M. Hernandez Covington, who ruled against the Baskins on Monday.

“While the Court understands the Baskins’ frustration, it does not appear that inclusion of Defendants’ footage of the Baskins will cause any immediate harm that cannot be compensated with monetary damages,” said Judge Hernandez Covington. “Importantly, the Court merely finds that the Baskins are not entitled to the extraordinary remedy of a temporary restraining order, which would be entered before Defendants have had an adequate opportunity to respond.”

It almost certain that this is not the last legal threat we hear from the Baskins between now and the Nov. 17 premiere of Tiger King 2. Stay tuned.