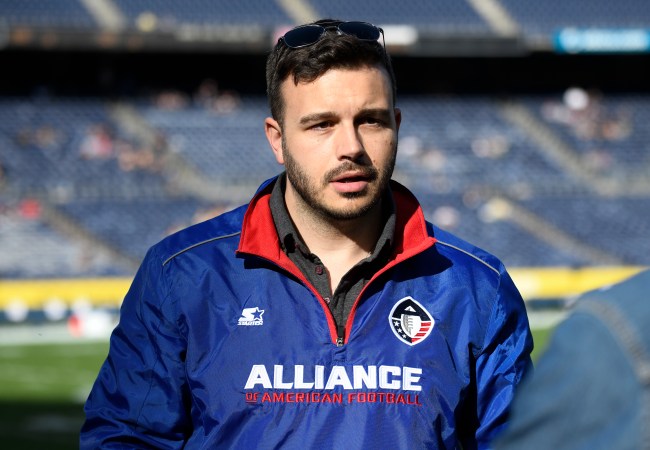 The AAF is starting to look a lot like the Fyre Festival disaster.

This afternoon the AAF filed for chapter 7 bankruptcy, revealing that they had $11.3 million in claimed assets and #48 million in liabilities.

The AAF would later release a statement on the bankruptcy filing.

“We are deeply disappointed to be taking this action,” the league said in a statement. “The AAF was created to be a dynamic, developmental professional football league powered by an unprecedented alliance between players, fans and the game. The AAF strove to create new opportunities for talented players, coaches, executives and officials while providing an exciting experience for fans. We are proud of the fact that our teams and players delivered on that goal.

‘The AAF is committed to ensuring that our bankruptcy proceeds in an efficient and orderly manner. Pursuant to the bankruptcy laws, a trustee will be empowered to resolve all matters related to the AAF’s remaining assets and liabilities, including ongoing matters related to player contracts.”

Despite owing a shit ton of money to over a thousand creditors, the AAF somehow still had funds to pay co-founder Charlie Ebersol $14k just two days ago.

the @TheAAF bankruptcy filing was made by @CharlieEbersol not @TDCanes . A footnote in the 269 page filing says Dundon Capital Partners had not provided documentation

The list of creditors in the @TheAAF bankruptcy filing stretches 1,117 pages.

The @TheAAF bankruptcy filing shows the league paid co-founder @CharlieEbersol a total of $302,083 since May 15, 2018, including payments of $14,583.33 two days ago, after the league suspended operations. he also received a $37.50 cell phone reimbursement on that day

listed as salary. I would think many would have your question https://t.co/Ml9BaOSVdu

Ebersol’s payment is a slap in the face to many players and creditors who were not paid due to the league folding abruptly.

The AAF filing for bankruptcy means it will likely take several months or longer for players, coaches, staff and other creditors to be paid amounts owed–and the process might not conclude with them being paid. Some players and staff have already sued AAF: https://t.co/I5TW3j3sQL https://t.co/x2whGKUIDi