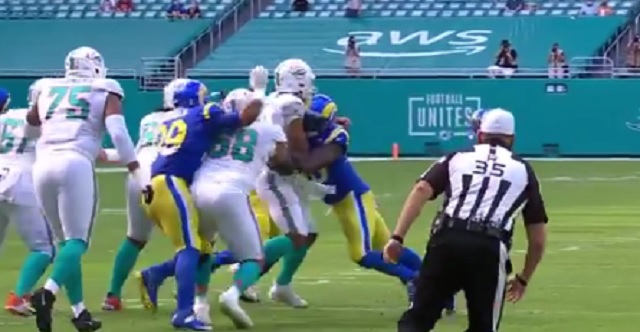 Back when it was first announced that the Dolphins were going to start Tua Tagovailoa against the LA Rams Fins’ fans were freaking out Aaron Donald may hurt the young QB.

Dolphins fans’ worst fears became reality after Donald crushed Tua in the Dolphins first drive of the game and forced a fumble.

He got smashed and fumbled, turned it over inside the 10 to the #Rams

Welcome to the NFL, Tua 😳

It’s going to be a long day for Tua if Donald can keep getting in the backfield like this.