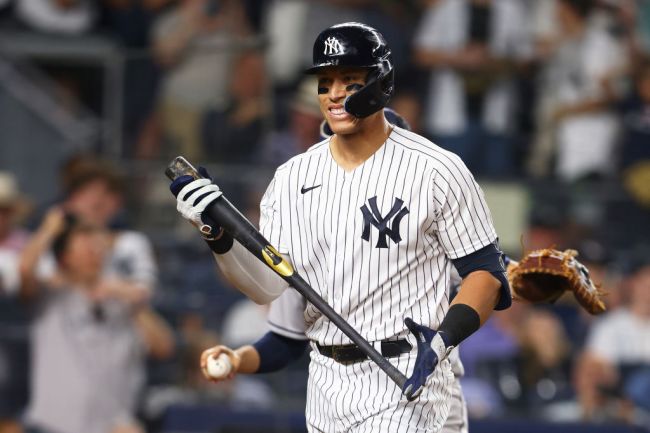 The New York Yankees and Aaron Judge were able to avoid arbitration yesterday by agreeing to a $19 million salary for this season. However, just because they were able to reach a deal for this year, that doesn’t mean that everything has been fixed between Judge and the Yankees.

After agreeing to the deal, Judge was asked if avoiding arbitration gives him more confidence in getting a deal done with the Yankees in the offseason. He responded, “”No. We got this one done and I was happy about that.”

Aaron Judge is asked if avoiding arbitration gives him more confidence that a big deal could get done with the Yankees this offseason:

"No. We got this one done and I was happy about that" pic.twitter.com/HSmfxn43kp

That’s not an answer that Yankees fans are going to be happy to see. Judge has been absolutely on fire to start this season. He’s batting .299 with 27 home runs and 53 runs batted in through just the first 71 games of the Yankees’ season.

Not only does that put him on pace for the best season of his career, it has also helped the Yankees work their way to a record that is 6.5 games better than any other team in baseball.

Right now, the rest of the league would love to see the Yankees lose Judge after the season and not locking him up before this season looks like a massive mistake for the Bronx Bombers.

Now the Yankees are liking going to need to really blow Judge away with their offer on a long-term deal or they could lose one of their biggest stars.