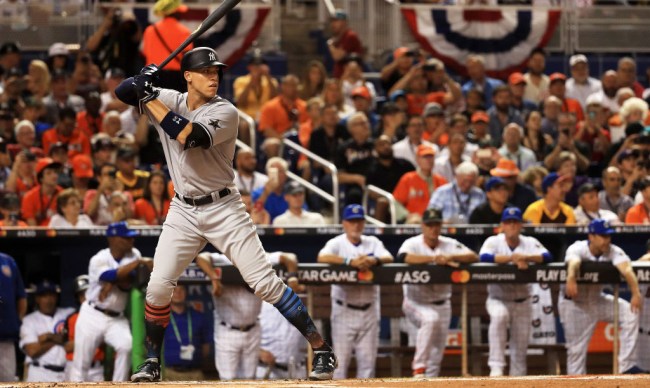 So will the New York Yankees once again make the rest of the baseball world their bitch and sign the hottest free agent on the market, Bryce Harper, for the 2019 season? Never say never when it comes to the Bronx Bombers.

Right now, however, all signs seem to be pointing towards the Phillies and Nationals being the frontrunners for Harper’s services, with the Chicago White Sox and Los Angeles Dodgers as dark horses.

phillies are in process of setting up a face to face meeting with bryce harper, as @JSalisburyNBCS 1st reported. rival nats are obviously interested in retaining harper. chisox seem like a long shot for harper at moment, but mystery team(s) always possible.

Not that current Yankee Aaron Judge gives a care. Bruh is too busy trying to get back into the form that saw him crank a rookie record 52 home runs and drive in 114 in 2017 after a wrist injury slowed him down a bit in 2018.

Dude is just a beast.

And from the look of a recent workout session, the 6-foot-7, 282-pound Judge is only going to become an even bigger beast when the 2019 MLB season gets underway.

All rise. Court is about to be back in session.