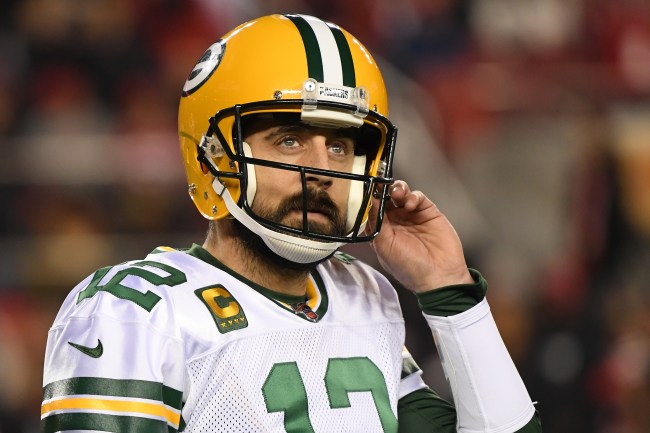 Rodgers was recently on Danica Patrick’s podcast and he opened up about why he decided to stop closely following Christianity despite being involved in Christian church groups while in high school.

When I was in college I didn’t find any connection points and I started questioning things and had friends with other beliefs, had some good friendships to figure out exactly what I wanted to believe in and ultimately it was that rules and regulations and binary systems really doesn’t resonate with me. I enjoyed learning about other religions and meeting the Dalai Lama and that’s been a fun path to a different type of spirituality which to me is more meaningful

Later in the interview with Patrick Rodgers was much more critical of Christianity.

American Quarterback & Superbowl winner Aaron Rodgers has left Christianity.
"I don't know how you can believe in a God who wants to condemn most of the planet to a fiery hell".

Fact: All religions who have a "hell" have it of course to scare people to follow the religion.

Via ESPN The Magazine

I remember asking a question as a young person about somebody in a remote rainforest. Because the words that I got were: ‘If you don’t confess your sins, then you’re going to hell.’ And I said, ‘What about the people who don’t have a Bible readily accessible?’

Rodgers seems like a thoughtful guy and while some will take issue with his thoughts on Christianity it doesn’t like he cares.