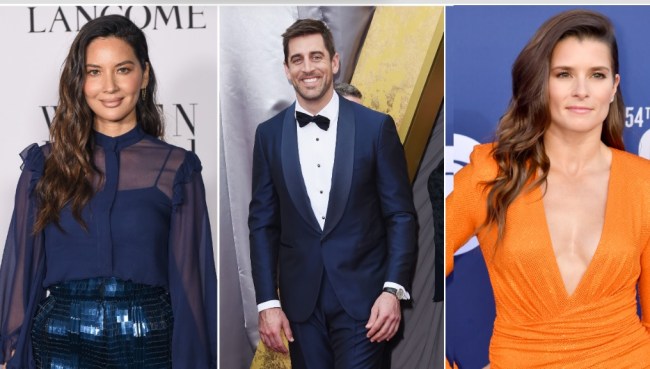 We now know how Aaron Rodgers’ exes feel now that he’s moved and is ready to get married to access Shailene Woodley.

Last month, the Green Bay Packers QB shocked everyone when he casually revealed that he was engaged during his MVP speech at the NFL honors.

Apparently Aaron Rodgers is engaged. He said in his acceptance speech that he got engaged this year and mentioned "my fiancé."

Before getting engaged to Woodley, Rodgers had been previously linked to former NASCAR star Danica Patrick and actress Olivia Munn.

On Monday, Hollywood Life spoke to someone close to Patrick, who broke up with Rodgers a little over a year ago, about how she felt about the engagement.

“The 38-year-old former race car driver has moved on from Aaron, a source close to her shares EXCLUSIVELY with HollywoodLife, and is focused on “traveling and working on her podcast [Pretty Intense.]” She and Aaron began dating in 2018, making their public debut as a couple at that year’s Daytona 500. They seemed like they were on a path towards marriage – they reportedly bought a $28 million mansion in Malibu – but by July 2020, the two had called it quits.

[Danica] was in love. She wanted to start a family,” a source told HollywoodLife. “She wanted to get married. That didn’t happen. She has grieved about it, but Danica is a tremendously tough woman, and dealing with Aaron is not a part of her future, so she has decided to avoid thinking about him. She is letting the past be the past.”

It seems like Munn is paying attention to Rodgers’ current romantic situation.

“Olivia’s thoughts on Aaron Rodgers as an ex and anything more has no existence in Olivia’s mind,” a source close to the actress tells HollywoodLife EXCLUSIVELY.

Whether he is involved with anyone and now that he is engaged doesn’t dictate how Olivia deals with her life,” the insider tells HollywoodLife. “She really is paying zero attention to the situation; she has her own life to worry about. She doesn’t get tied up in unneeded drama.”