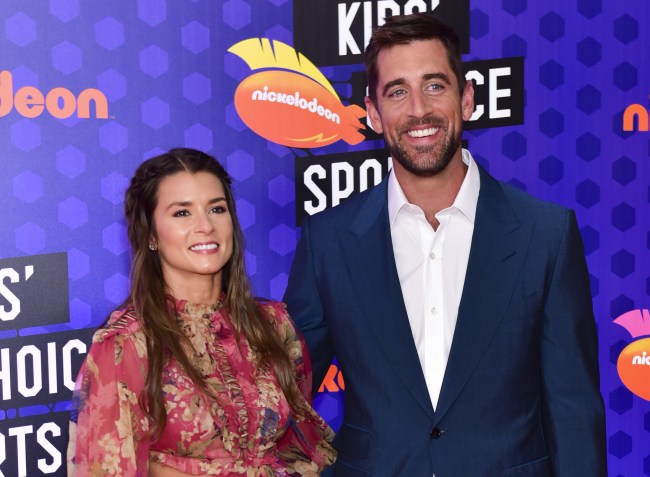 About a year before Aaron Rodgers got engaged to actress Shailene Woodley he was in a serious relationship with Nascar driver Danica Patrick.

As Rodgers is set to get married sometime in the near future, Patrick, who abruptly broke up with the Packers QB in January of 2020, has been traveling around the world and reflecting on her past relationships.

Less than a month after Rodgers’ engagement announcement, Patrick shared a long cryptic post about how “relationships are mirrors” and doles out advice about not “looking for a partner to make you feel better.’

“Temples. I thought a lot about this word when I was in Egypt,” . “What kept coming through in all of my thoughts, meditations, and in my innate knowing…. the word is an analogy. For our inner temple. There are a million simple sayings and ideas to prove why YOUR inner temple in so important

Your relationships are mirrors,” “We can’t receive what we don’t believe. (I made that up right now but I am sure I’m not the first.) We see all of life through our own personal lens. What you seek is seeking you. You get what you think you deserve. When you change, things you see change. Whether you think you can or you think you can’t, you’re right.”

“I could go on and on! So stop looking for a religious structure or person or home or a job or a city or a partner to make you feel better. Simply because it won’t work! I have tried!” she wrote. “I would love to see temples here and now to cultivate our ability to build our inner temples. And to remember our magical abilities (supernatural power over natural forces). Us humans have been playing small for a while….. and if you don’t believe me, go to Egypt.”

Just a few weeks ago Hollywood Life spoke to someone close to Patrick about how she felt about Rodgers’ engagement and while it appears that she has moved on, the person admits Danica went through a pretty bad breakup.

“The 38-year-old former race car driver has moved on from Aaron, a source close to her shares EXCLUSIVELY with HollywoodLife, and is focused on “traveling and working on her podcast [Pretty Intense.]” She and Aaron began dating in 2018, making their public debut as a couple at that year’s Daytona 500. They seemed like they were on a path towards marriage – they reportedly bought a $28 million mansion in Malibu – but by July 2020, the two had called it quits.

[Danica] was in love. She wanted to start a family,” a source told HollywoodLife. “She wanted to get married. That didn’t happen. She has grieved about it, but Danica is a tremendously tough woman, and dealing with Aaron is not a part of her future, so she has decided to avoid thinking about him. She is letting the past be the past.”