Aaron Rodgers Discusses His Use Of Psychedelics 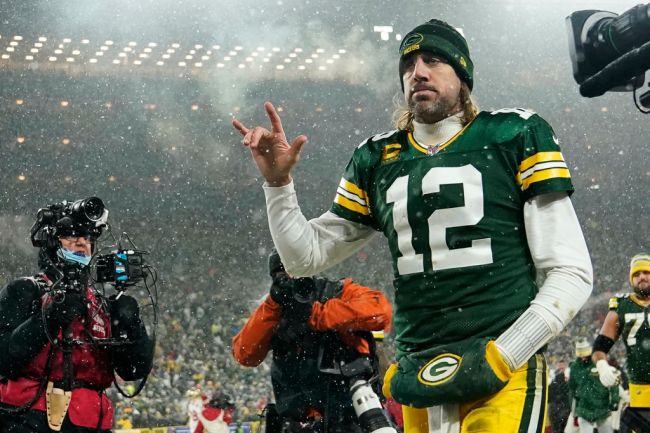 Aaron Rodgers’ life off of the football field has become a bigger story over the past year than it ever has been before in his career.

Between his relationships, medical opinions, and appearances on The Pat McAfee Show, football fans have learned quite a bit about Rodgers’ personal life.

Today, fans may have gotten their most interesting glimpse of his life yet. During an interview, Rodgers discussed the impact that ayahuasca had on his mental health.

Aaron Rodgers opened up about his journey to self-love and how ayahuasca, a psychoactive tea containing the hallucinogenic drug DMT, helped him reach the point he’s at now https://t.co/TpRmc9mkg3

Weirdly, this isn’t the first time over the past year that DMT has been brought up in relation to Aaron Rodgers. Back when Rodgers had his mysterious toe injury in the middle of the NFL season, AJ Hawk joked that Rodgers broke his toe smoking DMT with Joe Rogan. At the time, Rodgers said he couldn’t confirm the rumor.

This still isn’t a confirmation of Rodgers smoking DMT with Rogan, but it is an admission of the use of a schedule 1 drug. It is unclear if the NFL has the ability to take action based on this statement or if they will, but it seems that Aaron Rodgers is really opening up off the field late in his NFL career.