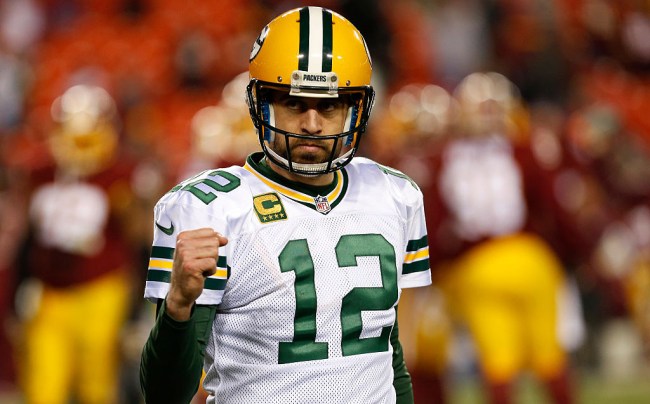 There appears to be some drama brewing between the Green Bay Packers and franchise quarterback Aaron Rodgers as they both work through a contract extension next season. Rodgers is reportedly pissed off the team cut Jordy Nelson and let go of their quarterbacks coach without consulting him.

While the relationship between Rodgers and the Packers isn’t in total disrepair, two league sources familiar with the quarterback’s mindset described him as both “frustrated” and “emotional” over a lack of communication from the front office prior to some significant decisions this offseason. Specifically, the sources said Rodgers has lingering discontent being completely cut out of discussions that resulted in the departures of wideout Jordy Nelson and quarterbacks coach Alex Van Pelt. And it apparently is entering his thought process when it comes to his next contract extension.

“Both of those decisions [with Nelson and Van Pelt] were made without him,” one league source close to Rodgers said. “In both situations, he had no influence with [the front office] before anything went down.”

While Rodgers may be beefing with the Packers there’s very little chance he doesn’t sign an extension with the team unless things go completely off the rails. It’s highly likely that Aaron will finish his career with the Packers despite his current frustrations.