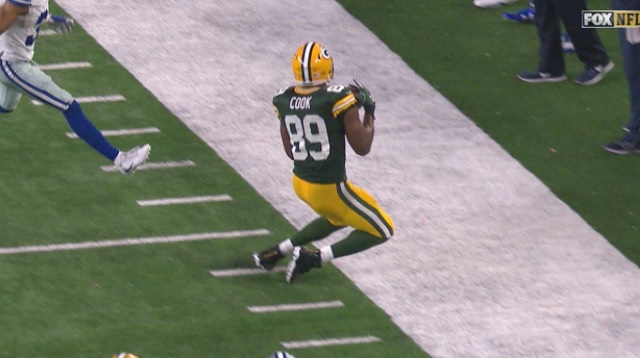 MMQB writer Robert Klemko spoke to Randall Cobb about the play and Cobb alleges that Rodgers made up the play in the huddle.

Cobb said the final play was not an actual playcall. Rodgers just told each receiver what to do, like a kid drawing in the dirt. Seriously.

I said to Cobb, "that's ridiculous."