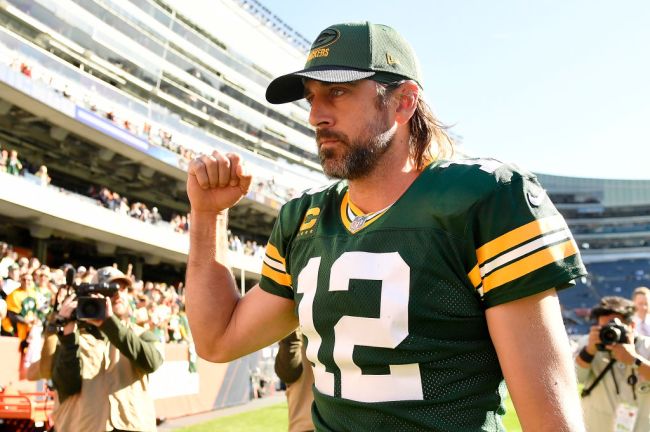 Bears fans had a bit of extra energy for Aaron Rodgers despite watching their team lose.

On Sunday, Rodgers hilariously taunted Bears fans and yelled “I own you” after a crucial touchdown in the fourth quarter.

Aaron Rodgers to #Bears fans: "I still own you!"

After the Packers win, Bears fans waited for Rodgers and booed the hell out of him as he made his way to the locker room. Rodgers acknowledged the boos and commented, “boy they want to get out of here fast, huh.”

Aaron Rodgers leaving Soldier Field: "They want me to get out of here fast."

The next time Rodgers steps foot in Soldier Field Bears fans are sure going to boo him louder than ever.

Update: Rodgers says he yelled “I own you” after a woman in the crowd flipped him off.

Aaron Rodgers said something he saw in the stands that prompted his “I still own you” celebration. Here’s what it was: pic.twitter.com/i7GjgrHsY3