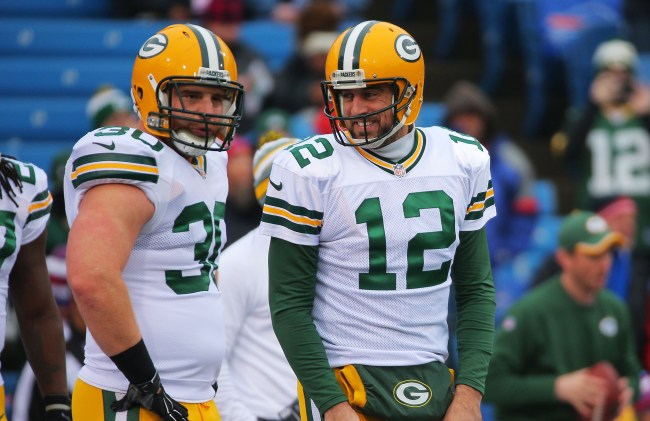 The Aaron Rodgers situation in Green Bay might be “fixable” according to his former teammate John Kuhn and he says things between two parties can probably be resolved over money.

Just last week it was reported that Rodgers, who is currently negotiating a contract extension with the Packers, turned down a deal that would have made him the highest-paid QB in the league.

Kuhn’s appeared on the NFL Network on Wednesday night and said that he’s “sure” Rodgers isn’t really interested in being the highest-paid QB but actually wants security in his next contract.

“@AaronRodgers12 and I are friends.”

“I’m sure contract is part of that,” “I’m sure that years guaranteed is a part of that. Not just being a highest-paid quarterback or the highest paid at your position. But I believe the security going forward is a part of that, and I also believe being on the same page as having open communication where all sides feel like they are being heard. Aaron and I are friends. We spent a decade of our lives together in the same meeting rooms, on the same practice field. So we do talk. And quite frankly this is something that I believe is fixable.”

"I do believe the #Packers have made @AaronRodgers12 a significant offer..

I don't know if it would have made him the highest paid QB & the problem is the way the #Packers structure deals it's hard to say" ~ @RapSheet #PatMcAfeeShowLIVE pic.twitter.com/C1mDOo10cV

“To me it’s not about the overall yearly averages,” “… It’s about, from what I understand, security and him knowing that he is the Packers starter going forward, guaranteed contractually.”