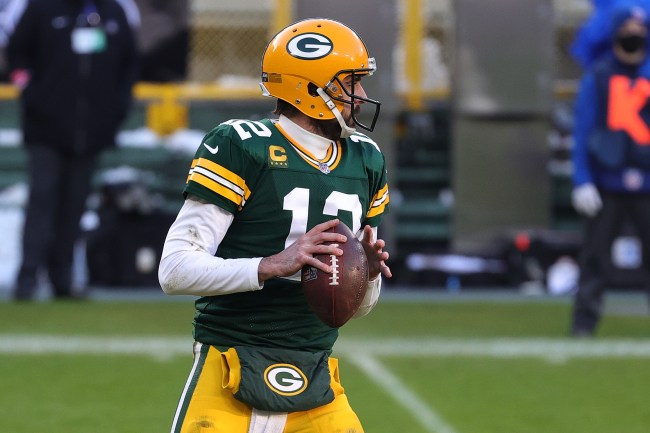 Aaron Rodgers apparently doesn’t want to work with Packers GM Brian Gutekunst and no amount of money will change his mind.

On Wednesday, The Athletic’s Bob McGinn released a bombshell report that revealed Rodgers openly mocked Gutekunst in group chats with teammates by referring to the Packers GM as “Jerry Kraus”, the former Chicago Bulls GM who was hated by Michael Jordan.

According to McGinn, the Packers have offered Rodgers an extension that would make him the highest-paid QB in the NFL but he turned them down amid his beef with Gutekunst.

In recent months, according to sources, the Packers have offered to make the 37-year-old Rodgers the NFL’s highest-paid quarterback. Those overtures were turned aside. The fractured relationship between quarterback and team seems to have little or nothing to do with money.

Aaron Rodgers is "adamant" that he won't return to the Packers if Brian Gutekunst remains as the GM, per @CharlesRobinson