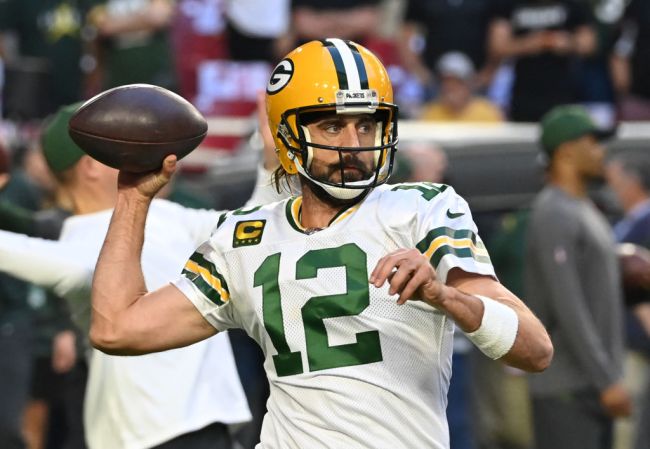 On Friday, Rodgers spoke to McAfee and made several eye-opening remarks as to why he’s decided not to get vaccinated.

A lot to unpack from Rodgers on @PatMcAfeeShow:

And an investigation update (no suspension coming)https://t.co/4Mnz3LAXO7

A day after the McAfee interview, Prevea Health released a statement announcing they were dropping Rodgers as their spokesman.

An announcement from Prevea Health and Aaron Rodgers regarding their partnership. pic.twitter.com/TEesvDBl3T

As of now, Rodgers’ other sponsors, including State Farm, have remained silent amid the QB’s controversy.