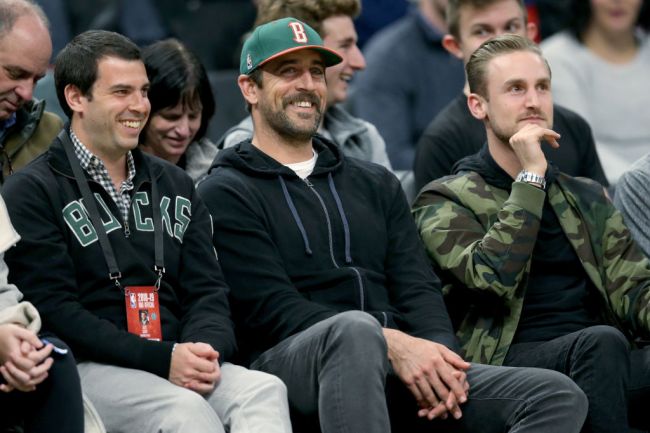 The NBA Finals start today and either Aaron Rodgers or Larry Fitzgerald will win their first NBA Championship soon. Why? The two NFL stars are minority owners of the Milwaukee Bucks and the Phoenix Suns, respectively.

Rodgers was the only NFL player to be a part owner of an NBA team when he joined the ownership in 2018. In an interview he gave after making the purchase, Rodgers says he wanted to be an owner to “be more involved” with the sport.

“First of all because I love basketball,” Rodgers said to Packers.com in 2018. “And second because I’ve been [in Wisconsin] for so long I wanted, besides my Packer connection, just another natural connection to the state that I love and that I’ve grown up in.”

Surely, Rodgers might feel differently about his “connection” to Green Bay now. However, he is still rooting for the Bucks to win their second-ever NBA championship, and first since 1971.

Fitzgerald joined Rodgers in January 2020 when he purchased stake in the Phoenix Suns.

It's an honor to have the opportunity to invest in the @Suns, a historic franchise with a very bright future. I'm blessed to call the PHX community and the state of Arizona my home and I'm excited to make a long-term commitment as an owner, but more importantly as a fan! #Suns pic.twitter.com/2OjmE830mQ

Similar to Rodgers, Fitzgerald has shown his support for his team on Twitter and even sat court-side at multiple playoff games.

Nothing better than ending a drought in the desert

Congrats @Suns …a lot more on the horizon 🙏🏾 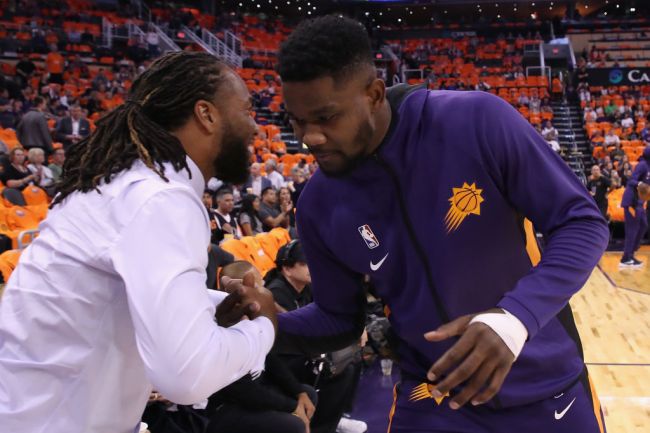 Though the Bucks won the finals in 1971, the Suns are 0-2 in their franchise finals history. With All-Stars Chris Paul and Devin Booker looking to win their first NBA rings, Fitzgerald will also be looking to earn his first ring— even if it is in a different league.

Meanwhile, Rodgers has one Super Bowl victory from 2011. Will he get a second?