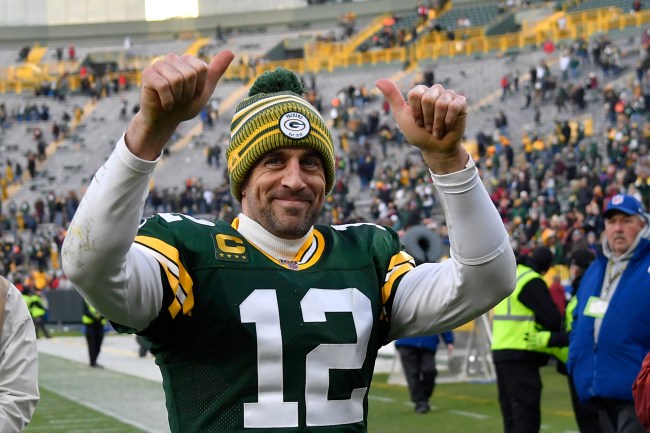 The Cowboys were struggling mightily as they entered their Week 11 matchup with the Vikings. Losers of four straight, Dallas needed to change things up a bit to get out of its slump, so head coach Mike McCarthy went to the drawing board for a new motivational tactic and came back with the idea of smashing a bunch of watermelons the day before the game.

That’s correct, during Saturday’s team meeting McCarthy grabbed a sledgehammer and had some watermelons with objectives written on them and went full Sledge-O-Matic in front of his players.

While it may seem like an odd move – and even a racist one if you’re Shannon Sharpe – Aaron Rodgers said the news didn’t surprise him one bit, he explained that his former head coach in Green Bay would always mix it up in the motivation department.

“I’m not surprised about the watermelons,” Rodgers said during Tuesday’s episode of ‘The Pat McAfee Show.’ “I think it’s awesome. Mike would mix it up from time to time. He never smashed any watermelons, but he was always switching up the messages from year to year, from week to week. He’d have different guys speak every week, he’d call them generals of the week. So, I’m not surprised by that, I’m sure it was something to see for sure.”

"I'm not surprised about the watermelons…"@AaronRodgers12 on Big Mike McCarthy smashing melons in Dallas #PatMcAfeeShowLIVE pic.twitter.com/Uqx9gU15Gr

McCarthy spent 13 seasons in Green Bay and was in his second season when the Packers drafted Rodgers 24th overall in 2005. McCarthy and A-Rodg led Green Bay to a Super Bowl in 2010.

Things have not gotten off to a great start for McCarthy during his time in Dallas. The Cowboys have suffered some horribly unfortunate breaks this season, but at the end of the day, this is still a 3-7 football team. Lucky for the Cowboys, though, they still have a legitimate chance of winning the NFC East, the worst division in the history of the NFL.