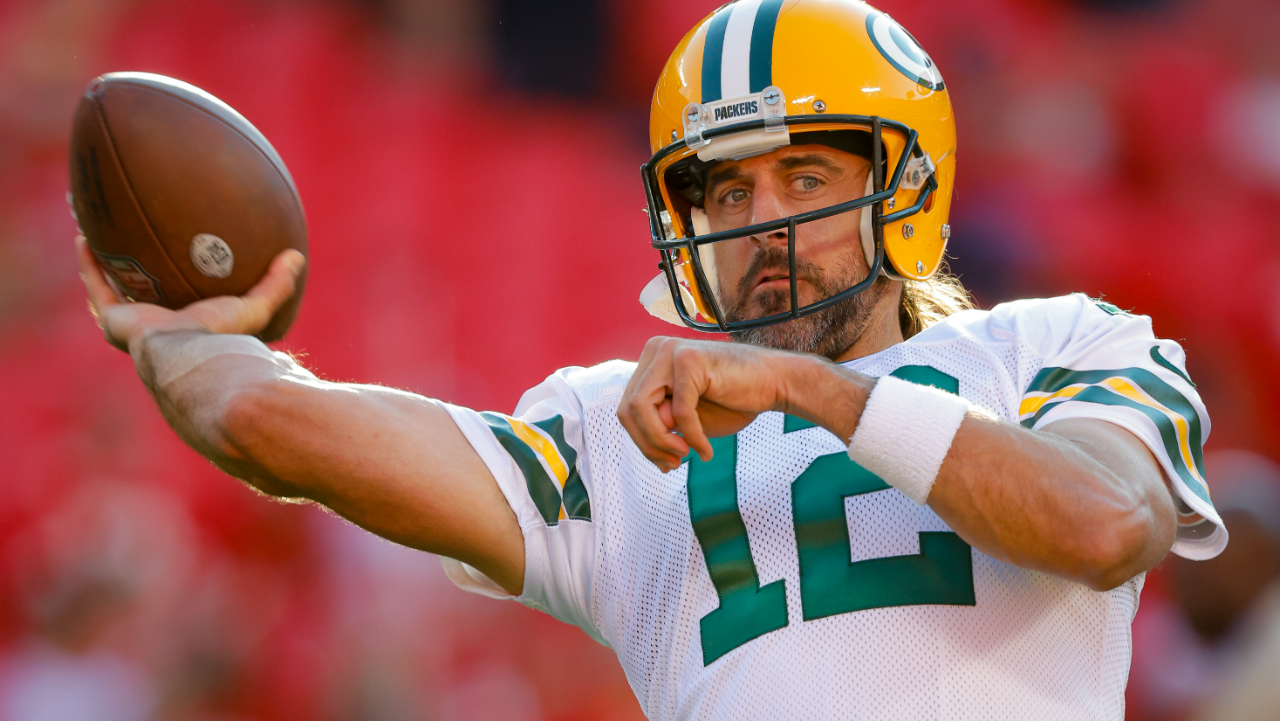 Aaron Rodgers changed his appearance for the start of the NFL season and is getting roasted for it.

Rodgers, who has been sporting a long-hair hippie look for much of the offseason, has opted for a clean-cut look and fans believe he got his inspiration from a famous TV show.

While getting off the team plane in Minnesota, fans immediately noticed Rodgers’ new hairstyle.

Fans believed that Rodgers had got a haircut inspired by the British crime drama series ‘Peaky Blinders’ and had jokes about the cut.

“this place is under new management, by order of the peaky blinders.”

"this place is under new management, by order of the peaky blinders." pic.twitter.com/sfCsRzcKS8