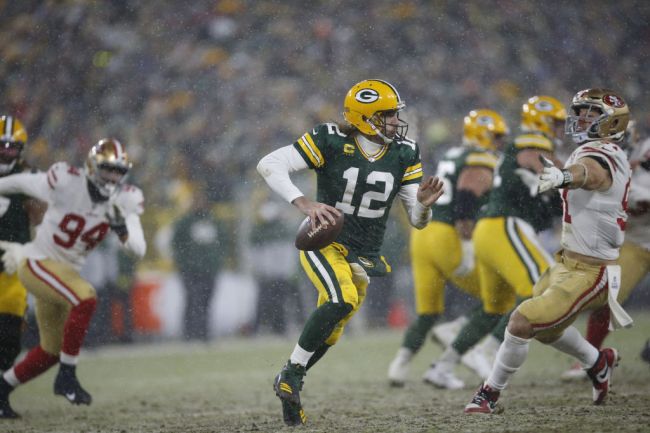 The NFL is just a few weeks away from kicking off its regular season and it seems that the Green Bay Packers’ wide receiver situation still hasn’t really improved much.

There have been plenty of reports during camp that have raved about Romeo Doubs, but Aaron Rodgers recently commented on a lack f consistency from the team’s young receivers.

It seems that lack of consistency has Rodgers wanting the Packers to lean on their veteran receivers early in the season.

According to Pro Football Focus’ Doug Kyed, Rodgers wants Allen Lazard, Randall Cobb, and Sammy Watkins to be the starting receivers for the Packers this season.

🧀 Who's starting at WR for the Packers, and what's the level of concern after Aaron Rodgers’ recent rant?
🔒 Why was Jalen Mills locking down D.J. Moore in Patriots-Panthers joint practices?
↔️ WR trades?
🦁 Best Hard Knocks season?https://t.co/uo6IWCyQak

If that’s going to be the group of receivers the Packers head into the year with, this might be the first year in Aaron Rodgers’ career where fans expect to see them establish the run.

Last year, Cobb, Lazard, and Sammy Watkins combined for 1282 yards. Davante Adams had 1553, so the Packers would be starting an entire group of receivers that were outgained by their former WR1 by nearly 300 yards last year.

Based on the way targets were distributed in the playoffs last season, we could see Aaron Jones turn into a real target hog for the Packers. In Divisional Round loss to the 49ers, Cobb and Lazard combined for 1 catch on 2 targets while Jones led the team with 9 catches for 129 yards.

If this combination is the best the Packers can do heading into the season, then Rodgers is going to have a really tough time once again repeating as MVP this year.