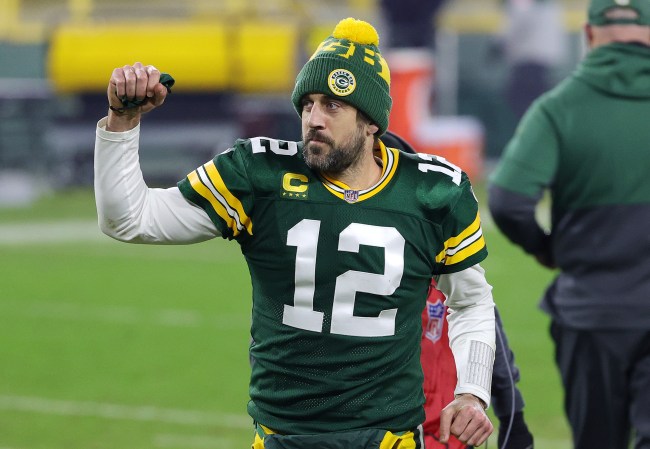 During his postgame press conference, Rodgers made a couple of cryptic comments about his future and went on to thank the media for this season.

Aaron Rodgers used the words future, finality and gutted multiple times. He also just finished his presser thanking all the writers for their questions all year. He says he'll always be thankful for this season, says "thank you" again and then his press conference ended.

Here’s the video of Rodgers’ postgame presser where he says he needed some time away to clear his head to see “what’s going on with everything.”

Aaron Rodgers after the game: “A lot of guys futures, they’re uncertain, myself included. … Just gonna have to take some time away and clear my head and kind of see what's going on with everything." pic.twitter.com/3GlzPU9EsZ

Many media members believed that Rodgers was contemplating retirement due to his demeanor after the game.

Aaron Rodgers sure sounded like a guy saying goodbye.

Aaron Rodgers fully sounded like someone who doesn't know if he'll be the QB here next season.

About 15 minutes ago, I was very sure Aaron Rodgers would be the Packers QB in 2021, but I must admit I'm a little less sure right now