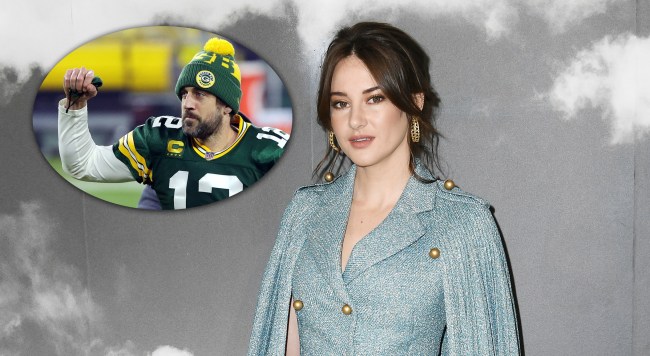 It’s a good thing Shailene Woodley has reportedly embraced life in Green Bay with her new fiance Aaron Rodgers because the NFL MVP sounds like he is ready to start cranking out some kids.

A clean-shaven Rodgers, 37, appeared on an Instagram Live video for Zenith Watches on Thursday (he is a new brand ambassador for the company), and told the company’s CEO Julien Tornare that despite winning his third Most Valuable Player Award, getting engaged to Woodley was the real highlight of 2020.

“I’m recently engaged, so been enjoying that part of my life,” Rodgers said about his relationship with Woodley, 29.

“Obviously that’s the best thing that’s happened to me in the last year.”

While we still haven’t heard about a wedding date for Rodgers and Woodley, the quarterback already has his sights set on being a dad, telling Tornare, “The next great challenge will be being a father,” and mentioning that many of his friends already have families.

“I’ll look forward to taking care of another life at some point,” said Rodgers. “I think it’s gonna be so fun. I’ve dreamt about what that will be like, I’m really excited about that chapter whenever that comes.”

That being said, he did add, that being a dad is “maybe not in the immediate future.” First, of course, the “nerd who wants to host Jeopardy!” has some work to do.

This #Packers quarterback will host 10 episodes of @Jeopardy over two weeks in April. 📺