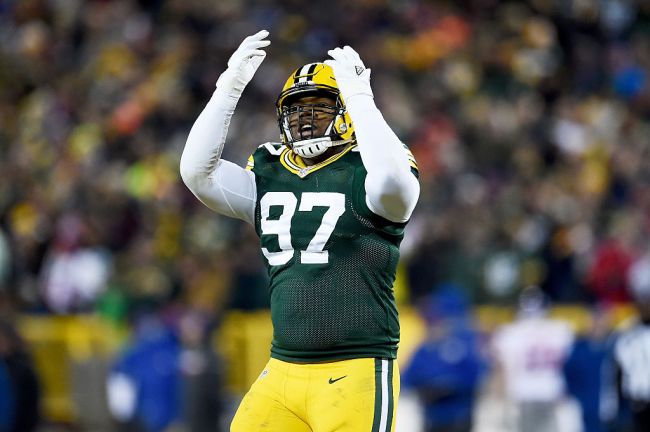 It’s no secret that Aaron Rodgers has had his issues with the Green Bay Packers’ front office over the years. However, a story he told today makes it seem like his issues might not have been so bad compared to the issue one of his teammates had.

Rodgers talked to the media today and revealed that there was a time that the Packers mistook Kenny Clark for another player who was going to get cut. The incident led to confusion for Clark, who had been drafted 27th overall just 2 years earlier and had served as the team’s starting nose tackle the previous season.

Really interesting story from Aaron Rodgers about Kenny Clark who thought he was going to get cut heading into his third season.

Rodgers noted that there’s been positive changes from the front office in how they manage their relationships with the players. pic.twitter.com/JA1HTTHtTt

There’s funny stories — not funny, actually — about, like Kenny Clark coming in on cut day and somebody thinking he was a different guy who was gonna get cut. And they told him, ‘Grab your playbook and head upstairs.’ And Kenny’s like, ‘What? I was a first-round pick. I’m getting cut? In my third year?

Despite the incident, Clark has had plenty of success with the Packers in the aftermath, earning himself 2 Pro Bowl nominations in the past 3 years. He has been with the Packers for the 4 years since and earned himself a 4-year $70 million contract from the team in 2020.

According to Rodgers, the front office has at least gotten better at managing their relationships with the Packers’ players.

Now Rodgers just needs them to figure out how to surround him with reliable receivers so he can finally deliver them another Super Bowl ring.