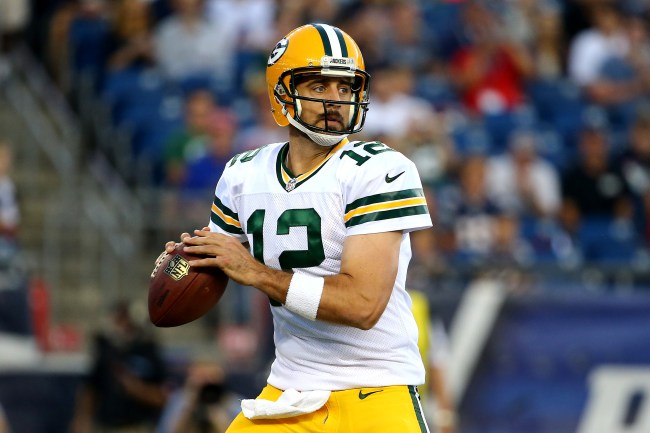 An old Victorian portrait posted on eBay featuring a man that looks exactly like Green Bay Packers QB Aaron Rodgers sold in eBay this week for $202.50

The eBay seller listed the photo as “Antique Victorian Photograph Packers QB Aaron Rodgers Look alike with Wife” before it was sold on the auction site.

The photo depicts a husband and wife near the turn of the 20th century, but the man sure looks like the Packers quarterback. https://t.co/YLL3CXN0fg

The photograph, offered by a seller in Iowa, is of a man and his wife taken in the late 1800s or early 1900s, according to the description. It bears an uncanny resemblance to Rodgers.

The origin of the eBay photograph is unknown, but the seller came by it in a more mundane fashion.

“I found this at an auction mixed in with other vintage pictures at Harry Lahr Auctions in Earlville, Iowa,” Troy Woitas said in an email. “Being a sports fan, I recognized the resemblance to Aaron Rodgers.”

The bid was $71 in early afternoon Monday. The auction ended Monday night with the photo selling for $202.

The resemblance is pretty uncanny.