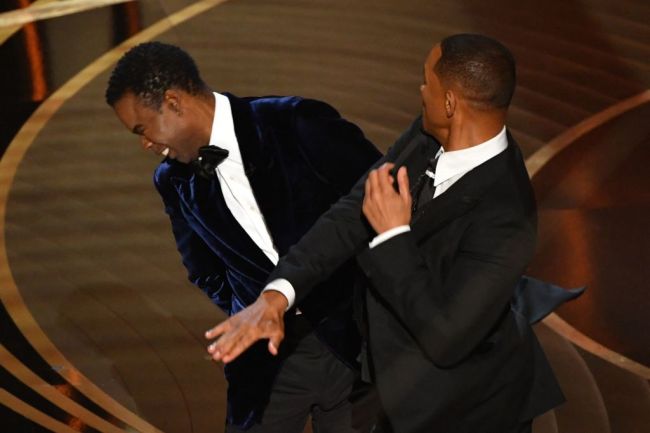 It seems the saga of Will Smith’s Oscars slap on Chris Rock has finally reached its conclusion. After what feels like months, but has really only been a couple of weeks discussion, the Academy has handed down its punishment for Smith.

It was reported today that Smith would be banned from the Oscars for the next 10 years as a result of the slap.

🔔 | BREAKING: Will Smith has been banned from attending the Oscars for 10 years.

That ban sounds pretty steep for one slap. In most major sports leagues, that slap would fetch you a suspension of a game or 2. A 10 year suspension from the Oscars is a pretty hefty punishment for Smith’s actions.

There isn’t really much to compare it to in the entertainment world since we don’t often see much occur publicly that will lead to this type of ban. Even Kanye didn’t get a ban for rushing the stage at the 2009 VMAs.

Now the obvious question on everybody’s mind must be whether there is some type of appeals process. Maybe Smith can appeal to get his ban reduced. Maybe the Academy will get rid of all evidence from the incident and somehow still have the ban upheld, only for the truth to come to light years later. Maybe that only happens with NFL suspensions.

It seems like this would be the end of Smith’s time attending the Oscars at this point. Smith is 53 years old and it’s hard to picture a 64-year old Smith bothering to attend the event hosted by the organization that handed down this ban after sitting on the sidelines for 10 years.

I wonder if Jada will go without him next year.