Actor David Arquette Bled All Over Ring After Getting His Neck Sliced Open During Bizarre Wrestling Event In L.A. 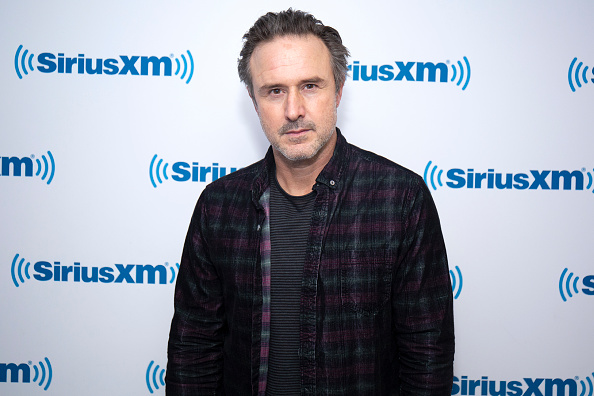 Actor David Arquette, who starred in the 90’s Scream movies and dabbled in wrestling in the early 2000s, went all out tonight in his “death match” at a wrestling event in L.A.

During his match tonight with Nick Fn Gage, Arquette had to leave the ring after getting his neck sliced open by a light tube.

David arquette suffered a bad cut on his neck. Wanted out, decided he’d do a quick finish. Nick wasn’t having it so he HIT HIM WITH ANOTHER LIGHT TUBE SO DAVID SHOT ON NICK GAGE AND THEN HE NO SOLD THE FINISH AND WALKED OUT!!

Here’s video of what transpired in the ring.

I think it’s right about here where David Arquette got it in the jugular & he was bleeding a freaking lot. Holy hell. #JJLAC pic.twitter.com/zruTuE5VtP

And here’s the aftermath.

Much respect to David Arquette. pic.twitter.com/T1jxdftUxK

Thank you to all the fans for your love I’m a stitched up. Miss Elizabeth is crying pic.twitter.com/hOJbPgd1Fl

DAVID ARQUETTE IS THE EPITOME OF HARDCORE WRESTLING @FiteTV #JJLAC

David Arquette vs Nick Gage was a bloody piece of art. Those two warriors get all my props 👊 #JJLAC

I hope @DavidArquette neck is ok. That was insane. #JJLAC

Seriously it fucking says something that David Arquette in no way had to do this shit. I am positive he could like a very quaint life. He fucking chose to and he is the absolute dude.

Re: David Arquette and his indi wrestling thing.

Good for him, man. Do what you love and let nothing or nobody stop you.