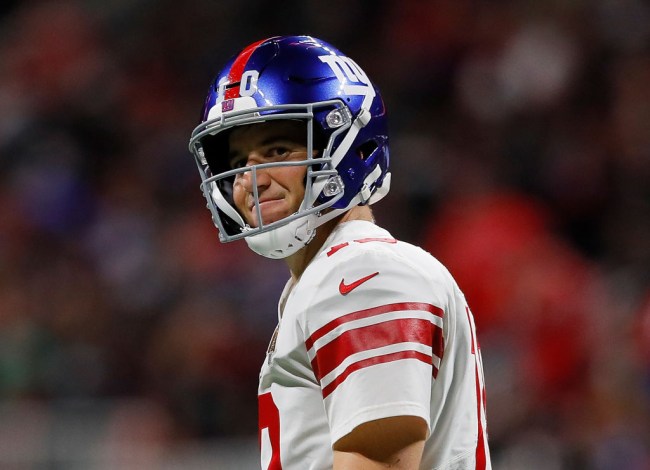 The New York JV Football Giants have started the season 1-6 for the second year in a row, and Giants fans are starting to become more comfortable with ridding themselves of the man whose been under center for 14 seasons, brought them two of the most improbable Super Bowl victories of all-time, and holds franchise records in passing yards, touchdown passes, and completed passes.

Odell Beckham Jr. failed to endorse Manning weeks back after calling into question the team’s offensive scheme. The Giants are 4-19 since the start of last season. Manning is on pace to be sacked 55 times this season, which would shatter his career high of 39 in 2013. And he’s incapable of charming himself out of any of it.

So when ESPN’s Adam Schefter sent out this crytpic tweet this morning, Giants fans couldn’t have been too surprised.

So the Giants are trading Eli…

But, in true clickbait fashion, Shefter was referring to the Giants trading cornerback Eli Apple to the New Orleans Saints in exchange for a fourth-round pick in 2019 and a seventh-round pick in 2020. The 23-year-old was running on borrowed time in New York, as last season, he was suspended for conduct detrimental to the team and safety Landon Collins referred to him as a “cancer.”

It’s tough to let go of a man who has been the face of your franchise since the Hanson brothers’ smash hit MMMBop, but it’s better to burn out than fade away.