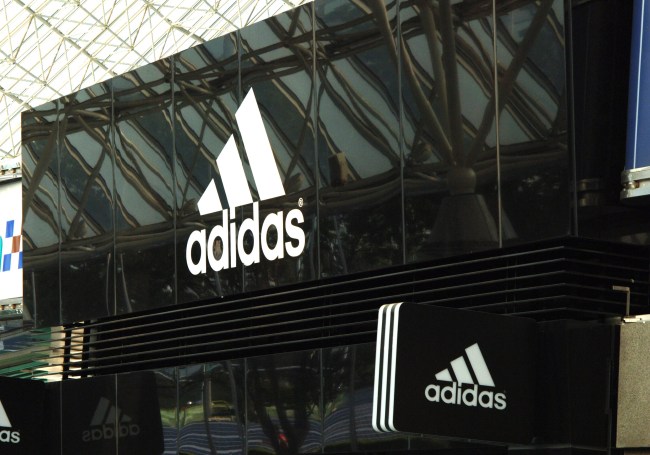 Sign over the Adidas store at the Tokyo Dome in Japan, site of the NFL 2005 American Bowl. (Photo by Al Messerschmidt/Getty Images)

Adidas (ADDYY) has signed on as a founding partner of the Pacific Pro Football League, a developmental league for players who seek an alternative to college football. In addition to the company’s involvement in the formation and development (branding, marketing, design etc.) of the new league, Adidas will be the exclusive footwear and apparel supplier of the 4 Southern California based inaugural franchises. Scheduled to launch in the Summer of 2019, the league will provide NFL hopefuls with the opportunity to be paid while waiting to become draft eligible (NFL rules require players to be 3 years out of H.S.). Pacific Pro Football League CEO (and NFL super-agent, reps Tom Brady), Don Yee, has long been a vocal advocate of paying college football and basketball players.

Fan Marino: Unlike the XFL, the Pacific Pro Football League envisions itself as a feeder program for the NFL; a far more attainable goal than competing with the NFL for talent. The 2017 NFL rookie minimum was $465,000; even if Vince McMahon could convince 6th and 7th round picks to join him by offering them $500,000 and was willing to spend his entire $100 million investment on players, he doesn’t have enough capital to fill 4 53-man rosters. H.S. graduates without a college degree are lucky to find a $30,000/year job with benefits. Yee understands the dynamics working in his favor (NFL CBA, lack of alternatives for players) and he’ll land better players at far lower salaries, as a result. I like this league’s chances to succeed.

In wake of the revelation that 17-year-old Stoneman Douglas High School shooter Nikolas Cruz purchased a gun (not the weapon used in the school shootings) at Dick’s Sporting Goods, Inc. (DKS), the company has announced that effective immediately it will cease sales of assault-style rifles (aka modern sporting rifles) at all 700+ stores. DKS’ new 4-point policy (also applies to subsidiaries Gold Galaxy, Field & Stream, True Runner and Chelsea Collective) will also prevent the sale of firearms to individuals under the age of 21, end the sale of high-capacity magazines and ensure the company “never will” sell bump stocks (it never has). CEO Edward Stack noted that while the company still supports the 2nd Amendment, “we hope that the Congress will come together” to pass gun control legislation.

Howie Long-Short: Back in May ’17, DKS announced it had failed to meet Q2 ’17 growth expectations, sending shares on their largest one-day decline in 3-years. Q3 ’17 wasn’t much better; while DKS beat analyst expectations, the company reported net income declined 24.5% YOY to $36.91 million. DKS shares are down 35% over the last 12 months, with declining gun sales among the reasons the company has struggled; a challenging retail environment and a decline in hunting related sales are also negatively influencing performance. The company will report Q4 ’17 and full-year 2017 financials on March 6th.

Fan Marino: Stack issued a definitive statement regarding the company’s position on assault-style rifle sales saying, “we’re taking these guns out of all of our stores permanently”; but, we’ve heard similar words before from the company. In the wake of the December ’12 Sandy Hook school shootings, DKS suspended the sale of modern sporting rifles; only to resume selling them when they opened a line of 35 Field & Stream stores in 2013, once the outrage had subsided. To be fair, the company did not state the word “permanently” in ’12; but, it’s hard for me to issue them credit knowing that revenue and politics overshadowed the deaths of 20 elementary school students (and 6 teachers), just 5 years ago. Better late than never; but, certainly late.

The San Francisco 49ers will be replacing long-time concessionaire Centerplate with the sports and entertainment hospitality provider Levy Restaurants, at Levi’s Stadium, come April. The newly signed food and beverage services contract covers all areas of the stadium including; concession stands, luxury suites and club levels. Known for bringing in local iconic food vendors, Levi’s Stadium guests can expect new dining destinations; though, celebrity chef Michael Mina’s Bourbon and Steak Pub and Sunday Tailgates will remain unchanged. Levy Restaurants is a leader within the hospitality space, maintaining high-profile contracts with Dodgers Stadium, Wrigley Field and the Mercedes-Benz Stadium among others.

Howie Long-Short: Levy Restaurants is a subsidiary of the Compass Group (OTC: CMPGF), the largest food service company in the world; serving over 5.5 billion meals/year across 50 countries. The company issued Q1 ’18 financials on February 8th, reporting organic revenue grew 5.9% YOY (including 8.2% within North America); with the vending and sports & leisure sector experiencing “particularly strong growth.” Strong results in U.S., combined with the rest of the world “performing better than expected”, has the company now projecting to be “above the middle of our target 4-6% organic growth range for the full year.” For reference purposes, the company generated $31 billion in 2017 revenue.

Fan Marino: While on the topic of the 49ers, star LB Reuben Foster was arrested earlier this month (for the 2nd time within a month, marijuana possession) on domestic violence threats and possession of an assault weapon; yet, somehow remains on the team. GM John Lynch claims he has a “very high standard” for player conduct, but that’s a bunch of hot air. His rules only apply to marginal talent (a tale as old as time) like Tramaine Brock (cut in April ’17 on suspicion of felony domestic violence); Foster was a 1st round pick, so he gets a free pass. NFL players were right to use their platform to protest racial inequality and police brutality; they would serve the society equally well protesting domestic violence and assault weapon possession.