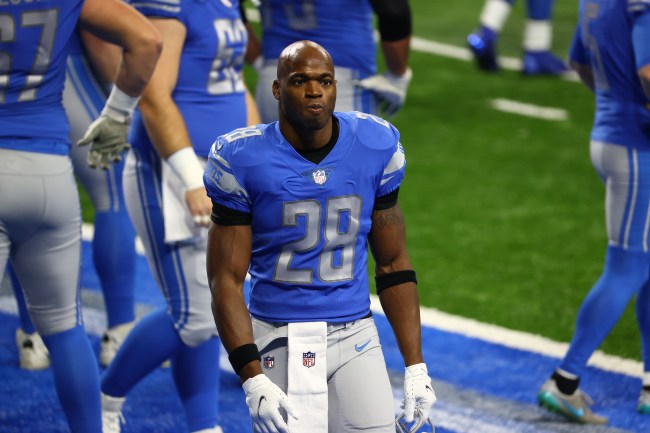 The Seattle Seahawks suffered through another disappointing loss last night. Unfortunately, this particular loss was mired in controversy. Today, Adrian Peterson chimed in on the game’s officiating issues.

It’s surprising to see an active player air their grievances on social media like this, but it’s easy to understand why Peterson is so upset.

Tuesday night’s refs have been widely criticized after a couple of terrible moments caused big swings in the game between the Seahawks and The Los Angeles Rams.

First, it was a phantom holding call early in the fourth quarter. The call came with the Rams facing a 3rd and 12 deep in their own territory, gifting them a 1st down. The Rams would eventually score a touchdown on that drive to take the lead.

The next mistake was one of the most egregious missed calls we’ve seen in the NFL this year. The Seahawks were facing a 4th and 6 at midfield when Russell Wilson attempted a pass to DeeJay Dallas. Dallas was clearly hit early by Ernest Jones, but no flag was thrown.

To make matters worse, Dallas was so incensed by the missed call that he kicked the ball and drew a 15 yard penalty of his own.

It’s unlikely Peterson’s call for officiating is met with anything but a fine from the league, which is unfortunate. However, the league has proved this year that officiating changes aren’t always a good thing.

Just look at how they handle taunting now. We’ve also seen the NFL make changes after missing a key pass interference call. That didn’t work either as refs were not inclined to change their calls when they were challenged.

It would be nice to see the NFL try to fix their officiating issues that seem to get worse by the year, but I’m not going to be getting my hopes up.