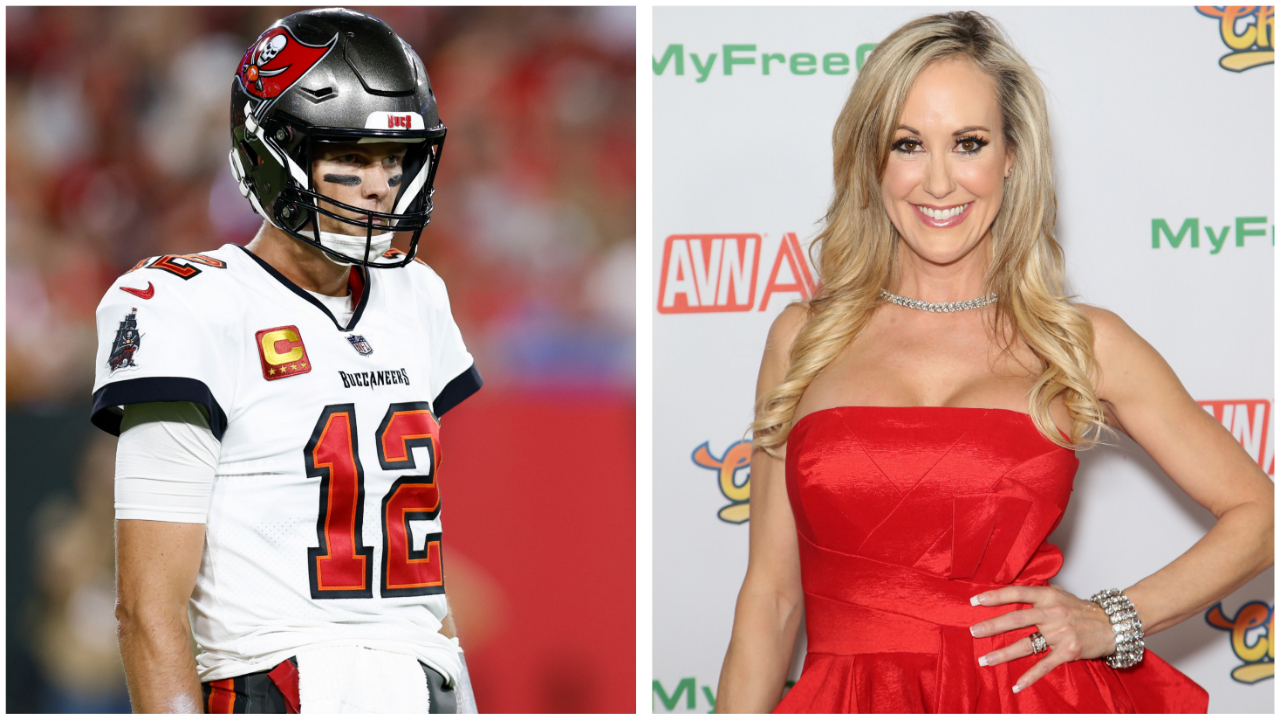 According to Radar Online, Bundchen is fed up with Brady because they have a “sexless marriage.”

“That marriage has gone cold as ice,” said an insider close to the quarterback. “Gisele is a Brazilian supermodel with a super sex drive and she’s told her friends she needs more from her all-American husband.”

. Insiders say Tom’s prolonged absences for NFL obligations and his lack of scoring in the bedroom have left the marriage in the end zone. Sources claim Gisele felt betrayed when Tom’s February retirement from football lasted only 40 days before he committed to the Bucs for another year after he promised to quit and focus on his family and marriage.

The couple had a string of brutal blowups and the livid Victoria’s Secret bombshell gathered up the kids and swept them off to Costa Rica without Tom. Insiders say Gisele believes Tom blatantly lied to her about his intentions to give up the game and be a better hubby and father.

Adult star Brandi Love is offering her services to Brady now that he’s getting a divorce.

“Dear Mr McDreamy (Tom Brady) , I’m genuinely sorry to hear about the divorce. It’s probably the toughest thing for anyone, of any financial situation to go through.

If you need a lap to cry in or If you need any help relaxing .. I can help. I’ve thought about how 4 a long time”

Love spoke to Outkick about offering her services to Brady while he’s going through marital issues.

“I’ve had a ‘hall pass’ crush on Tom Brady for years. It goes all the way back to his days as a Wolverine. The guy is drop dead gorgeous. Hard working, over achieving and a fierce competitor. I offered my company to him and Gisele when they were married because, well, damn! But they never got back to me,” “Anyway, divorce is brutal. Everyone who goes through it could use a friend. I’m the best kind. I come with benefits! Selfishly, I also need him relaxed and focused. He is after all my hometown QB!”