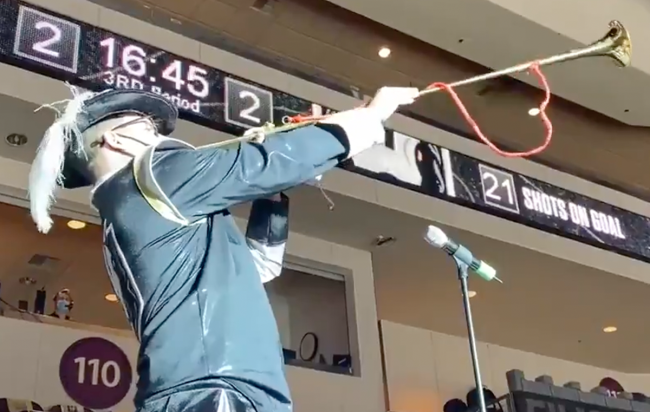 In 2017, a man in England who appeared to be the British royal family’s Official Town Crier set the internet on fire when a video of him announcing the engagement of Prince Harry and Meghan Markle went viral.

After the clip started to make the rounds, countless people expressed their disbelief that this job still existed in the 21st century before discovering it didn’t, as the man in question was just a random dude who dons an elaborate outfit  and does his thing whenever a noteworthy event involving the royals unfolds (he pulled the same stunt at the hospital where Kate Middleton gave birth in 2018.)

There was once a time when people roamed the streets ringing a bell while repeatedly yelling “Hear ye!” who actually played an official and fairly important role when it came to providing the general public with vital information. Unfortunately for them, their services were no longer needed when some slightly more efficient forms of communication made the job obsolete, but they still manage to pop up every now and then.

At the peak of the “Dilly Dilly” craze a few years back, Bud Light dispatched a town crier to a craft brewery that whipped up a beer named after the slogan that took the world by storm to deliver a cease-and-desist announcement (the brewer seemed to take it in stride and opted to rename the beer “Coat Tails.)

Now, the Las Vegas Golden Knights’ AHL affiliate has decided to get in on the town crier action, as the Henderson Silver Knights hired a man dressed in old-school duds to temporarily replace the P.A. announcer who is traditionally tasked with sharing who scored and contributed assists after every goal.

During Wednesday night’s game against the San Diego Gulls, the town crier got a few chances to stride down the aisle, pick up a bugle, and relay the aforementioned information to an empty arena over the course of the Silver Knights’ 4-2 victory, and the team was kind enough to share a couple of clips of the proclamations.

I’m sure there are some people who are absolutely itching to jump into the comments to let me know that the clothing he was wearing is actually associated with the Renaissance as opposed to the “medieval” style I referred to in the headline, and to them I say: congratulations on finding the one and only time in life your ability to differentiate between the two will come in handy.