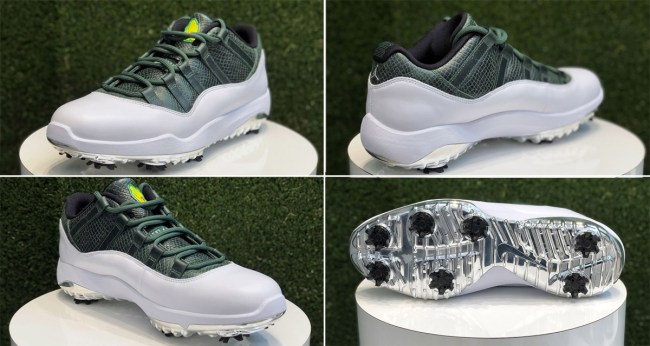 Remember back in late January when I showed you perhaps the dopest shoes in the history of golf in the Air Jordan 11 Low “Concord” golf shoes?

Yeah, well, they may have just been topped by a new Nike golf shoe that was supposed to be released this week, but now will only be found on players competing in the Masters.

Which means that these new 2019 Air Jordan 11 Low “Masters” golf shoes are going to be very, very hard to get your hands on – but we will, somehow, won’t we?

The Nike Air Jordan 11 Low “Masters” shoes with a kickass “snakeskin” upper were set for release on April 8th, but were then pushed back to April 12th as part of what they were calling a “Snake Pack.”

Then, out of the blue, Nike announced that the general public would no longer have access to these bad boys, instead making them for players only.

“Due to unforeseen circumstances, the “Snake Pack” footwear styles will no longer be available for sale. However, Nike Golf athletes will still wear the “Snake Pack” next week.” pic.twitter.com/rrWmT1iTEp

Wonder if those “unforeseen circumstances” had something to do with Augusta National not getting a big enough piece of the pie?

The forest green snakeskin upper on this AJ11 is an homage to the course, and the many snakes that often appear on the greens in Augusta. While the prayer hands design on the tongue pays tribute to the 11th, 12th, and 13th holes we all know as Amen Corner. Very dope.

Keep an eye out on places like StockX.com and Nike Golf’s web site once the Masters is complete (and let me know if you spot them on sale anywhere). 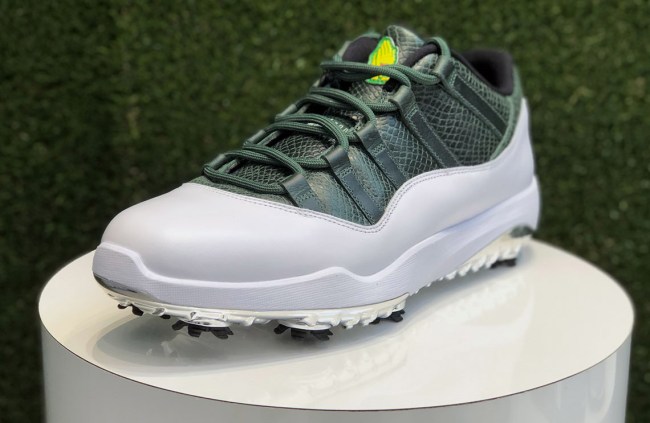 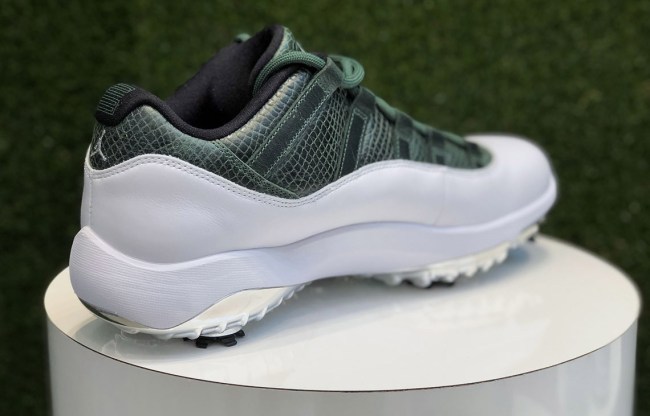 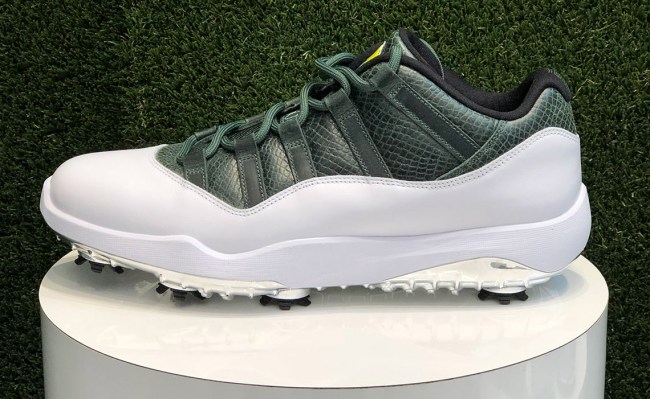 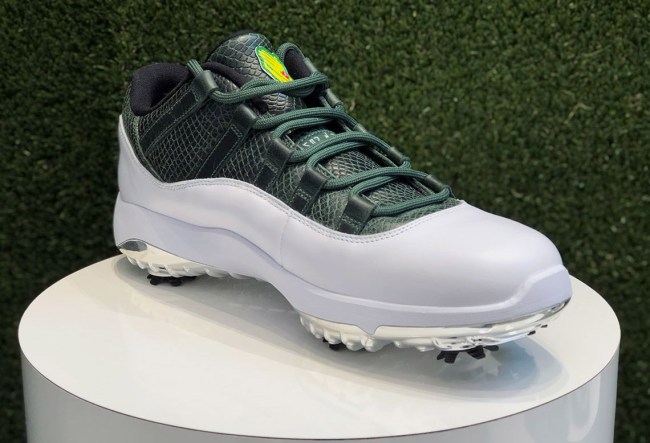 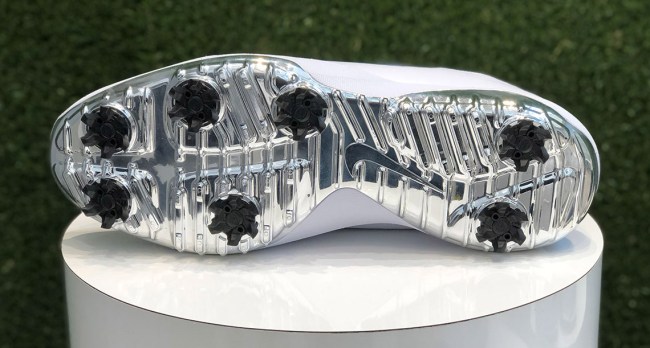 Check out all the golf shoes, apparel, and gear we’ve featured (including several other pairs of Jordans) HERE.