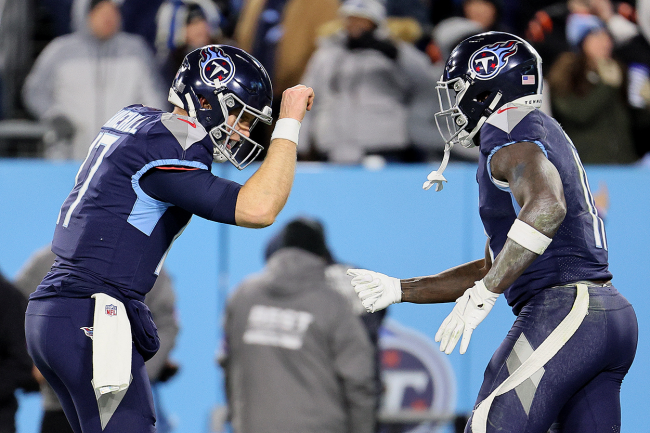 When A.J. Brown first arrived in Nashville as the Tennessee Titans’ second-round pick in 2019, Marcus Mariota was his quarterback. Since then, Ryan Tannehill has taken over at the position.

Thus, after Brown tweeted his support for Mariota on Monday, people took it the wrong way. Shortly after Mariota signed a new deal to become the presumed starter in Atlanta, Brown said that he was the best leader that he had ever been around. 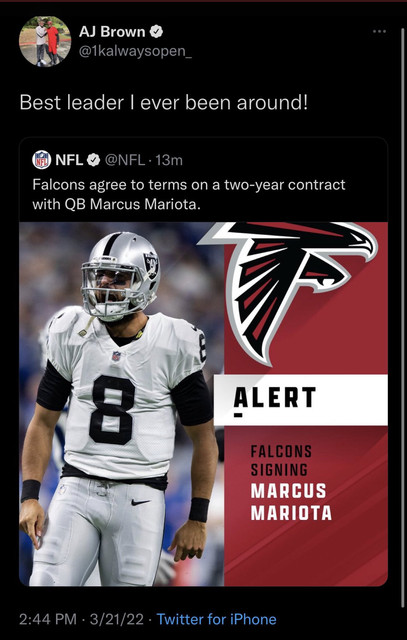 It was not a bash on Tannehill, it was simply a receiver respecting his former signal-caller. However, people immediately took it as a slight to the current Titans signal-caller, so Brown deleted his tweet.

On Thursday, former Tennessee great Derrick Brown joined a local Nashville radio show and continued with that narrative. He said that A.J. Brown’s tweet about Mariota makes it clear that he does not have faith in Tannehill.

A.J. was quick to refute Derrick’s claims on Friday. He took to Twitter and made it very clear that he was simply showing love to his “loved one” and said that Derrick should not take shots at him without addressing him directly. In addition, A.J. wanted to let everybody know that the locker room is fine and that there is simply nothing to worry about at all.

I’m not from this weird planet. I was taught to show Love to our love ones and support them and that’s all I was doing. I took it down because of the slander it was bringing to one of my teammates. You have a good day sir .

After tweeting his rebuttal to Derrick, A.J. quickly wanted to clear the air. He was not trying to create any bad blood and was simply clearing up his tweet about Mariota.

And let’s not attack Mr.Mason . He did wonderful things for our franchise. Just was clearing up a statement,that’s all. Still show respect to one of our very own !