AJ Dillon Has Nicknames For Each Of His Ginormous Quads, Even Has Merch For His Legs 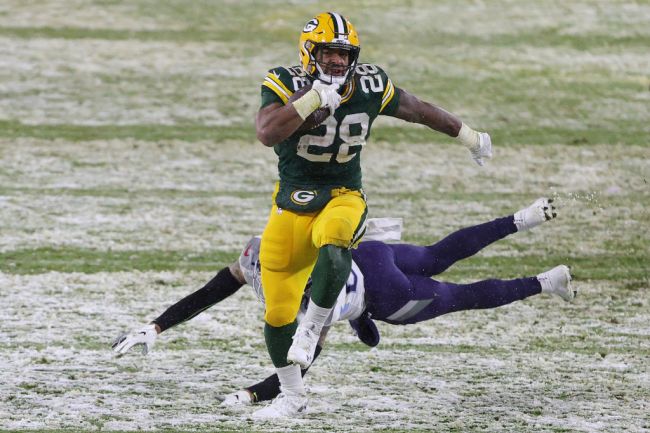 Green Bay Packers running back AJ Dillon has gigantic legs. We can not confirm nor deny whether or not they’re actual tree trunks, but that they’re simply some of the biggest limbs in all of professional sports.

So, it’s only right that the Boston College product has given each of his quads nicknames of their own and has quad-themed merch.

New York Giants running back Saquon Barkley has some tree trunks of his own. Here’s to hoping that he steps into the quad nicknaming game as well and we get some sort of weird quad-off. Dillon already sent an invite out to Najee Harris, Mike Davis, and Barkley to link up and make the ‘QuadSquad.’ In the video, Dillon casually crushes a watermelon between his legs.

Dillon will be looking to have a more significant role in Green Bay this upcoming season. He played in 11 games for the Packers a year ago rushing for 242 yards and two scores.