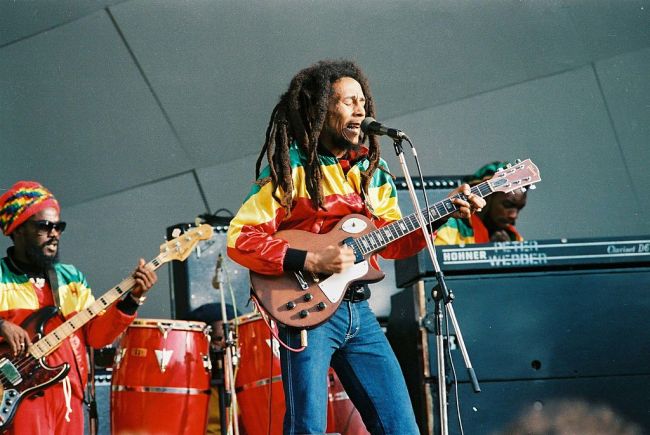 AFC Ajax and Adidas Football have unveiled a new alternate kit for 2021-22 and it’s an absolute banger. The Dutch super-power’s third kit for the upcoming season pays homage to the special relationship between Ajax and Bob Marley.

Rise up this mornin’, smile with the rising sun.

Introducing our new 21/22 third jersey, inspired by our collective love for @BobMarley and his Three Little Birds. pic.twitter.com/YiPUS7AR19

The kit is predominantly black and features red, yellow and green details for the Jamaican flag. It has been endorsed by the late reggae star’s family and will be worn for the club’s away European matches.

Of the many intricate details on the kit, it features three little birds stitched onto the back in an obvious nod to the Marley track with the same name. The reason for the birds, and the kit as a whole, is pretty special.

Why is a Dutch club wearing Jamaican, reggae-inspired uniforms?

The spontaneous love story makes the kits even cooler.

Back in August of 2008, Ajax was playing a friendly on the road against Cardiff City FC. Ajax fans were asked to stay in the stands after the game in hopes of avoiding any unruly behavior amongst the two sides.

To entertain the patient fans, the stadium DJ played a handful of songs. One of which was ‘Three Little Birds.’ The fans instantly embraced the track and started singing along. They have sung Marley’s most famous hit at every game since.

Ajax worked closely with the Marley family to design their third kit and the support is resounding.

“I am beyond touched that Ajax has taken Three Little Birds and made it their anthem,” said Marley’s daughter Cedella.

“Stories like this warm my heart and show how impactful songs like Three Little Birds can be. Soccer was everything to my father. To use his words: football is freedom.”

The shirt was so popular that the team site crashed shortly after the release on early Friday morning. It’s not hard to see why, because they’re amazing.