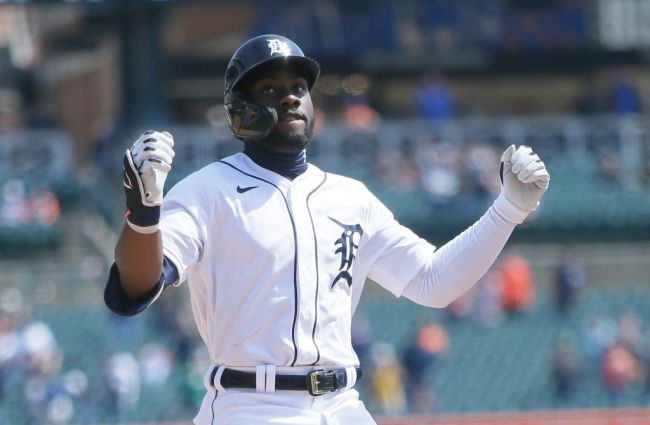 It’s been a quick rise to the MLB for Detroit Tigers 22-year-old Akil Baddoo, but when his time came, he made the most of it. The Silver Spring, Maryland-native played at Salem High School in Conyers, Georgia and was drafted in the second round of the 2016 MLB Draft as a senior by the Minnesota Twins. Baddoo was promoted to High-A Rookie ball at only 18 and showed a tremendous eye at the plate for his age, which made him a prospect to watch in his second season. 2018 saw him on and off the IL with various ailments and he spent most of his time in Low-A, and Baddoo had to have reconstructive Tommy John surgery on his elbow in 2019. It was a tumultuous start to his baseball career, but things only got more unique.

In December of 2019, he was selected with the third pick of the Rule 5 Draft. The Rule 5 Draft allows clubs without a full 40-man roster to select certain non-40-man roster players from other clubs. Not every club makes a selection, but the Tigers chose to draft Baddoo and had to pay $100,000 to the Twins for him. He did not play a single game after his surgery in 2019 and the MiLB season was cancelled due to COVID-19 in 2020, so Baddoo had not seen a plate appearance in more than two years, or at all above High-A, when he received the invite to Detroit’s spring training this year.

The pitcture in the outfield was muddy for manager A.J. Hinch once spring training began, with Baddoo on the outside looking in. However, he forced his way onto the 26-man roster by going 13-for-40 (.325) in the preseason with two doubles, five home runs, 11 RBIs, 10 walks and 14 strikeouts. He also stole four bases in six chances.

At the rate @AkilBaddoo keeps homering, we're going to run out of puns for these videos. pic.twitter.com/SmJuoHwoVv

With the impressive numbers, the organization placed him on the active roster for Opening Day. Baddoo has passed every test so far and earned his first Major League start on Sunday.

The rookie stepped up for his first regular season at-bat as the 19,925th player in MLB history. He was slated in the eight-hole and got up to the plate to begin the bottom of the third inning. With his parents in attendance, he took the first pitch he ever saw as a major leaguer deep to left. The ball left the park and Baddoo flipped his bat like a baller. On his way down to third, he turned to the stands and pointed to his parents in the stands, who were going nuts. As he crossed the dish, he pointed again. It was as storybook moment that serves as a reminder as to how awesome baseball can be.

He was the first MLB player to go yard on his first pitch in the big leagues since Wilson Contreras hit a home run for the Cubs on Jun 19, 2016, and he joined a list of nine Tigers to hit a bomb in their first at-bat. If Baddoo does not remain on the 26-man roster all season, per Rule 5 Draft rules, he will have to be offered back to Minnesota. If he keeps up his hot hitting, it will be very hard for the Tigers to shake its roster around and be sure to keep him in Detroit.