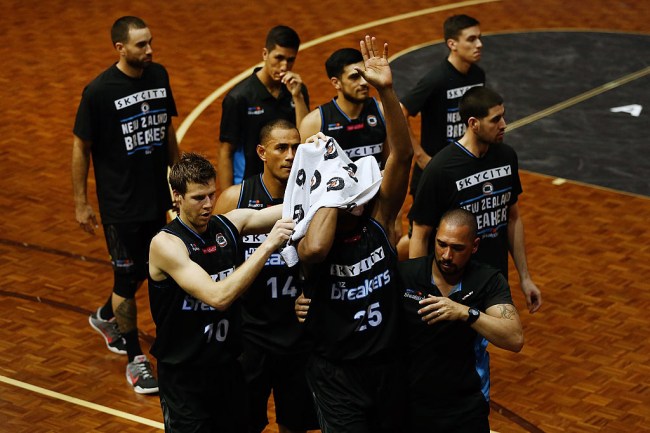 99.999% of the time I have zero tolerance for seeing horrific injuries, and I feel physically ill watching them. This incident just so happens to fall into that 00.001% category where my brain decides to be fascinated instead of sending vomit signals to my belly, but I can’t speak for you how bros will react.

While going up for a rebound against Cairns of Australia’s National Basketball League, New Zealand Breakers forward Akil Mitchell lost his eyeball in tonight’s game. Yes, I know it’s only 11:19 am while I’m typing this out but in Australia, it’s already Friday morning, and this incident took place on Thursday night.

Now, pucker your chocolate starfish and try not to vomit while watching this:

My colleague Douglas pointed out to me that this is not the first time a player has lost their eyeball on the basketball court. Chasity Melvin of the WNBA’s Chicago Sky experienced the same injury back in 2007, losing her frickin’ eyeball on the court. 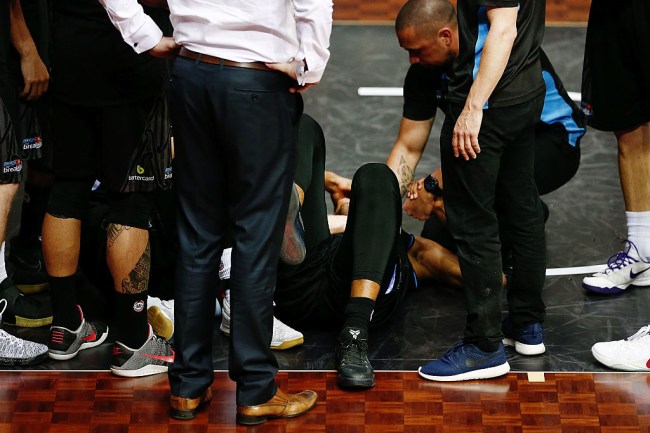 According to Akil Mitchell’s Twitter he’s awaiting tests but is actually seeing fine at the moment, which is a goddamn miracle considering his eyeball popped out mid-game:

👀… too soon? Lol thanks for all the love, well wishes, and prayers tonight. I'm home and seeing fine, more tests tomorrow

Akil Mitchell isn’t just some bench player for his team. Prior to losing his eyeball on the court he was dominating the game with 13 points and 10 rebounds.